Unknown
Bucky Sligo (Irish: Bucky Sligeach) is a minor character featured in Grand Theft Auto IV. He was an Irish-American character who was linked to criminals in Alderney, Dukes and Ireland. He was an associate of Derrick McReary and Aiden O'Malley.

Sligo was suspected in a string of robberies for which O'Malley was convicted, yet the charges did not stick. Afterward, Sligo often spoke of Derrick McReary as a rat and threatened to kill his family, driving Derrick deeper into heroin use and depression (possibly because Sligo's claims were true).

A down-and-out McReary sent Niko Bellic to kill Sligo. Bellic tracked him down to a Burger Shot restaurant in Westdyke, Alderney. Sligo escaped in his car, retreating to the house where he was holed up with several armed accomplices. A shootout ensued, and Niko killed Sligo and his accomplices.


- Suspected in the string of robberies for which O'Malley was convicted but, despite McReary's testimony, charges did not stick. 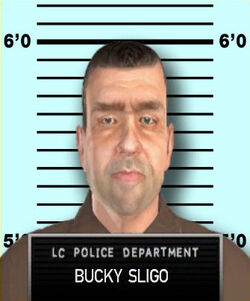 WANTED FOR
Hit and Run 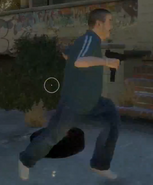 Bucky during Smackdown, making a run into his house. 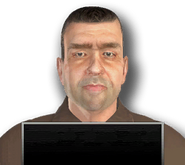 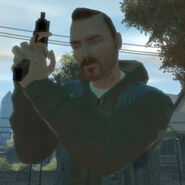 One of Bucky Sligo's gang members at his hideout. 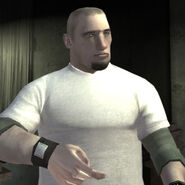 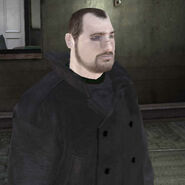 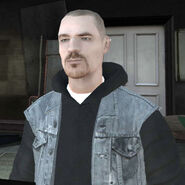 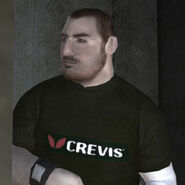