Buckingham is a British vehicle manufacturer in the HD Universe of the Grand Theft Auto series.

Buckingham could possibly be based on Learjet, since the Shamal and Luxor are based on the Learjet 45, or Bombardier Aerospace, the company which Learjet is a subsidiary of. It is also based partly on Bell Helicopter, Agusta-Westland and Eurocopter. 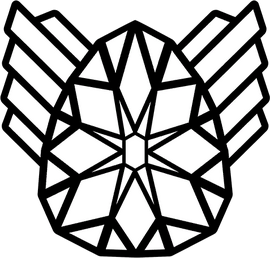 Alternative logo, seen on the Volatus and used as the graphic of the Buckingham Luxe Tee, in Grand Theft Auto Online.

Retrieved from "https://gta.fandom.com/wiki/Buckingham?oldid=1249922"
Community content is available under CC-BY-SA unless otherwise noted.