GTA Wiki
Register
Don't have an account?
Sign In
Advertisement
in: Characters, Characters in GTA 1, Mission givers,
and 2 more
English

Unknown
“Hey rude boy. I got the idea that you got the job done a ting. Yeah, I'm just sayin' well done on that. Serious cash in the briefcase, you know. So uh... I don't think I'll be seeing you for a long time!”
— Brother Marcus.

According to his VCPD crime record, Marcus is a cross-dresser, dressing up as "Sister Elisha" on Saturday nights. He is currently being investigated for bombings, executions, woundings, various ninja high jinks, Ganja propaganda, fraud, pilfering and dealing narcotics. 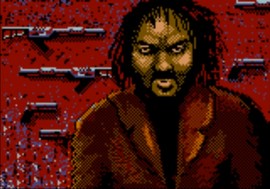