Boots on the Ground

"Time for a change of regime at Fort Zancudo. Up to 30 bikers splatter their hearts and minds all over the runway. Deceptively simple lap race through an area that's restricted for a reason."
―Description

Boots on the Ground is a Bike Race featured in Grand Theft Auto Online for the Enhanced Version only. It is available for up to 30 players.

This race was added in the initial release of Grand Theft Auto V for 8th generation consoles and has not been made available for PS3 or Xbox 360 versions of the game. 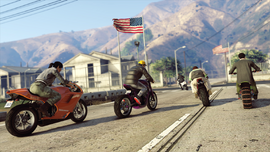 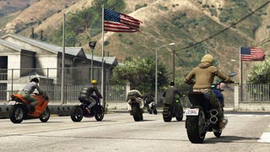 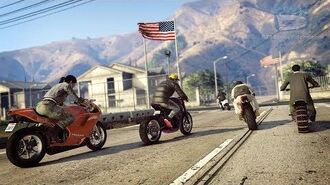 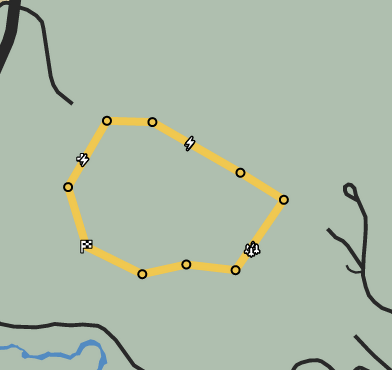 Retrieved from "https://gta.fandom.com/wiki/Boots_on_the_Ground?oldid=1234362"
Community content is available under CC-BY-SA unless otherwise noted.