Toni Cipriani at the beginning of the race in Chinatown

In-game time
“Dear Toni, I've put myself up as the first prize in a street-race. If Salvatore finds out about this we're both going to be in big trouble. So you'd better come and save my ass... then maybe it'll belong to you! Forever yours, Maria.”
— Maria Latore's letter.

Booby Prize is a mission in Grand Theft Auto: Liberty City Stories given to protagonist Toni Cipriani by Maria Latore from her home in the Saint Mark's district of Portland, Liberty City.

Maria has left a letter in her Saint Mark's apartment, stating she has put herself up for first prize in a motorcycle race around Chinatown and Callahan Point. Because her risky behavior may upset an already paranoid Salvatore, Toni is told to "save [her] ass" by winning a two-lap checkpoint race against three competitors on Sanchez's.

The player has the option of using any motorcycle in the race, but a PCJ-600 or Manchez (if the player unlocks it earlier) is usually most preferable for its speed and handling. Once the player completes the race in first place, a cutscene plays with Toni pleading for Maria to return home, but Maria claims that she is not bound to anyone's whims and decides to leave with Wayne, another contestant in the race, instead. The two ride off on a Freeway, going to a party.

There is no monetary reward for completing the mission, but the completion unlocks the mission Biker Heat for Maria and Contra-Banned for Salvatore Leone, along with the Red Light Racing race.

Salvatore Leone: Anthony? It's Salvatore. Have you seen Maria? I swear I can only find that bitch when she needs money! Come on over and see me soon. I got some work for you. 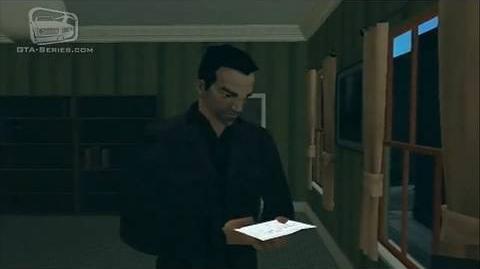 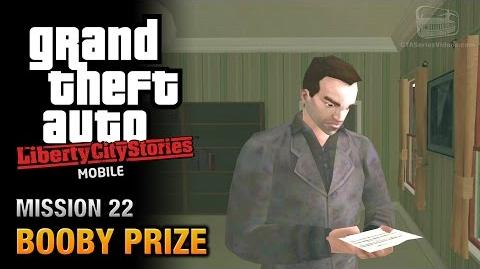