• ­Collect JD's money from his hookers. Be quick, their shift finishes at time.

• ­Wait for the girl to give JD her money!

• ­Search for JD's girls in the Red Light District.

• ­Approach the car in the alleyway. (optional)

• ­Honk your horn to get their attention! (optional)

• ­The longer you leave the girl working, the more money she will make. (optional)

Toni drops by Paulie's Revue Bar to collect more money from JD, who's dressed in a gimp suit and is "experimenting" with a prostitute called Raven. After JD changes out of the outfit and into his regular clothes, the pair proceed to enter JD's van.

They drive around the Red Light District looking for JD's prostitutes to collect at least $700 worth of takings, and must do so before the prostitutes' complete their rounds in four (in game) hours (four gameplay minutes). The prostitutes typically appear on random in the streets of the district, and, along the way, one or more rival pimps must be killed for stealing money from JD's prostitutes. Once the duo collects enough money, Toni then drops JD back at bar to complete the mission.

The reward for completing the mission is $500 and the Don in 60 Seconds mission is unlocked.

Toni drives to a Prostitute for JD to collect the money.
Add a photo to this gallery 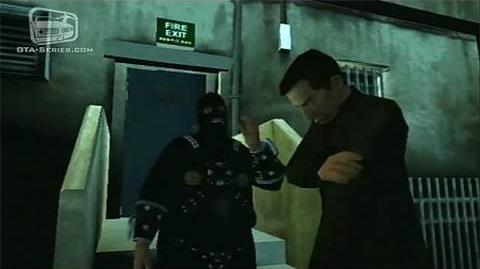 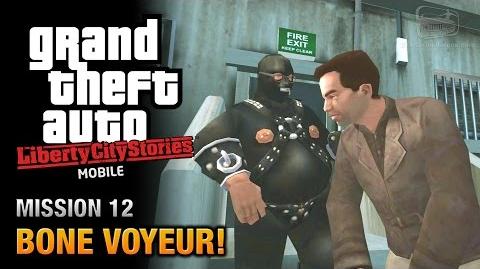 Retrieved from "https://gta.fandom.com/wiki/Bone_Voyeur!?oldid=1313407"
Community content is available under CC-BY-SA unless otherwise noted.