In-game time
“The Cubans have fast boats they use to cross the seas with drugs. It is their livelihood. Me nephew bin making lickle flying bombs to take dem out. Blow de boats to coffin wood.”

Bombs Away! is a mission in Grand Theft Auto: Vice City given to protagonist Tommy Vercetti by Haitian gang leader Auntie Poulet from her home in Little Haiti, Vice City.

Auntie Poulet wants Tommy to destroy a fleet of Cuban boats that are used to traffic drugs. She drugs Tommy and instructs him to enter a Top Fun van nearby to use RC Barons to drop bombs over the Cubans on Starfish Island. Tommy remotely pilots the RC Baron and manages to destroy all the Cuban boats and kill any Cubans who witnessed this event.

The reward for completing this mission is $ 2,000 and the mission Dirty Lickin's is unlocked. 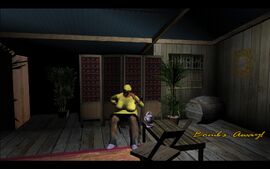 Auntie Poulet is sitting alone in her shack in Little Haiti. 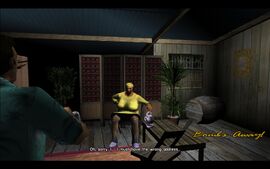 Tommy walks into the shack carrying a pack of coke. After seeing Poulet sitting down he excuses and says he may have the wrong address. 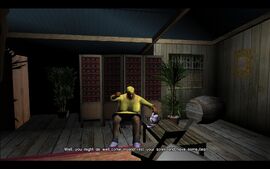 Poulet tells Tommy that since he came, he may as well come in and rest and drink some tea. 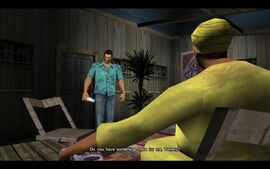 Poulet notices the pack of drugs Tommy's carrying and asks if it's for her. 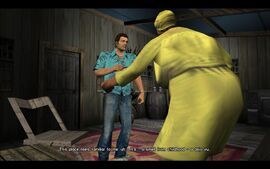 Tommy gives her the coke and says that the shack gives him some deja vu feelings. 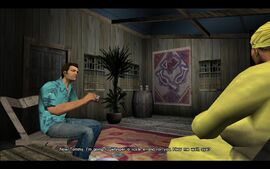 Poulet and Tommy sit down and Poulet tells Tommy that he'll have to do more work for her. 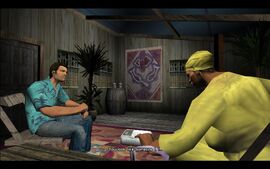 Tommy says that Poulet reminds him of someone he has met before. 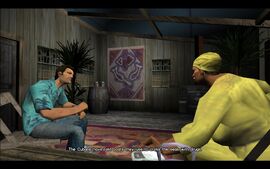 Poulet ignores Tommy's remarks and tells him that the Cubans have boats that they use to smuggle drugs across the sea. 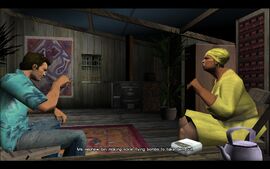 Poulet reveals that her nephew has been making some bombs to take the boats out, which Tommy will be able to use. 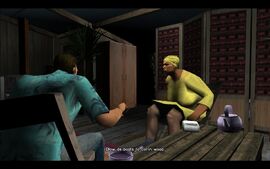 Poulet tells Tommy to go and destroy those boats. 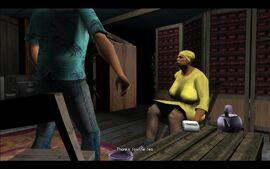 Tommy stands up, thanks for the tea, and walks out of the shack, accepting the job with no hesitation. 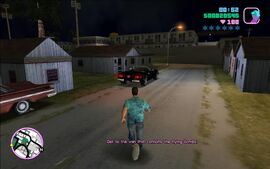 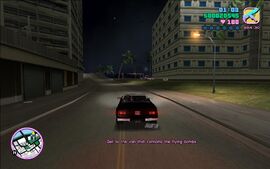 Tommy heading to the equipment's location. 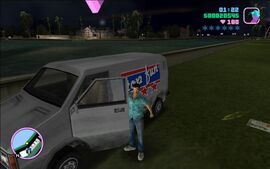 Tommy getting into the Top Fun van. 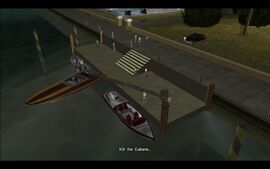 After getting the flying bombs, Tommy's next objective is to kill all of the Cubans on the spot and destroy their boats. 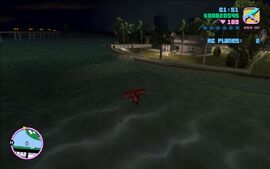 Tommy flying to the Cubans' location. 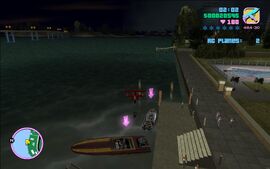 Tommy drops the first bomb down, causing a commotion and initiating the escape of the boats. 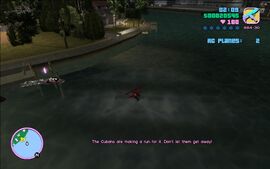 Tommy realises that the Cubans in the boats will try to escape and goes after them. 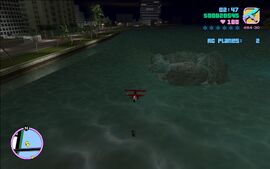 Tommy dropping the bomb to destroy the first boat. 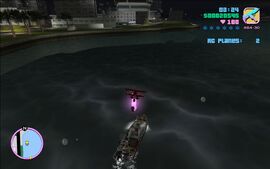 Tommy dropping the bomb to destroy the second boat. 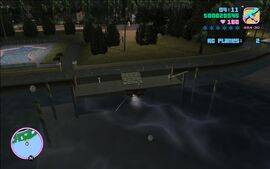 Tommy going back to take care of a single remaining Cuban. 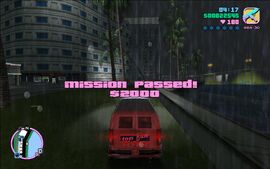 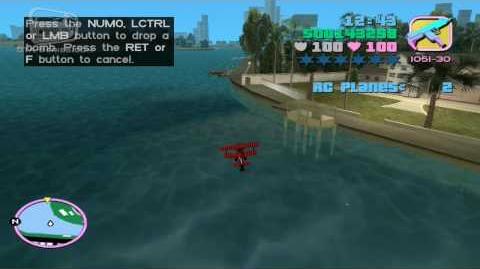 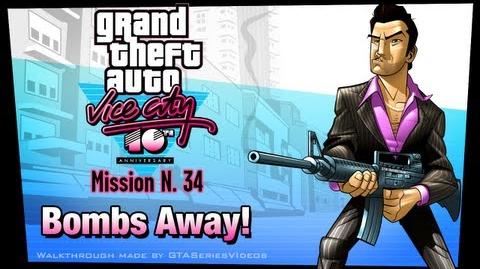