"The Cartel has got bottomless funds from pushing that SPANK crap. If we make an open attack on 'em, they'll wipe the floor with us. They must be making the SPANK on that big boat that Curly Bob led you to. So we gotta use our heads, or rather one head...your head."
— Salvatore Leone

Bomb Da Base: Act I is a mission in Grand Theft Auto III given to protagonist Claude by Leone Family Don Salvatore Leone from his mansion in Saint Mark's, Portland Island, Liberty City.

Salvatore Leone informs Claude that the Colombian Cartel have an almost infinite amount of funds from selling SPANK throughout the city, and that he wants Claude to destroy the freighter docked in Portland Harbor being used by the Cartel to manufacture SPANK, Salvatore tells Claude to see explosives expert 8-Ball at his shop to get the explosives necessary. Claude then drives to meet 8-Ball.

Salvatore telling Claude about the Colombian Cartel's SPANK factory.
Add a photo to this gallery 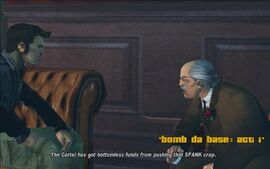 Claude arrives at Salvatore's Gentlemen's Club and has a small conversation with Salvatore Leone about the Colombian Cartel and the new drug they're selling called SPANK. 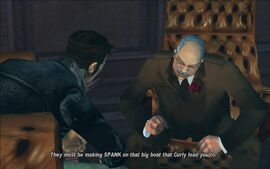 Salvatore comes to the conclusion that the boat that Curly Bob led Claude to is the place where the Cartel are making SPANK. 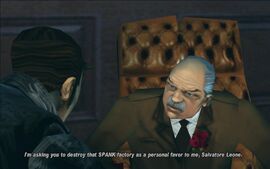 Salvatore orders Claude to destroy the boat as a favor for him. 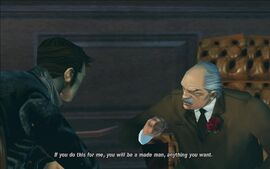 Salvatore tells Claude that once he destroys the boat, he will be welcomed into the family and become made. Before Claude goes, Salvatore tells him to visit 8-Ball, as he will have to provide Claude with any equipment needed for the job. 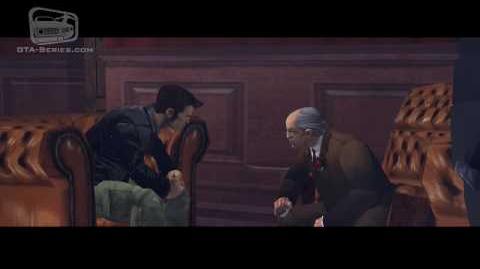 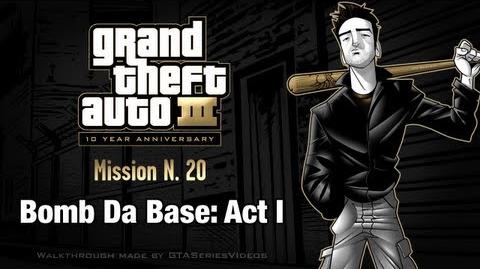 Retrieved from "https://gta.fandom.com/wiki/Bomb_Da_Base_Act_I?oldid=1317276"
Community content is available under CC-BY-SA unless otherwise noted.