The Dolls House after being destroyed by Toni Cipriani

JD O'Toole: "So, Toni, the Sindaccos' got this place - 'The Dolls House'. It's a casino AND bordello in one."
Toni Cipriani: "Classy, so you might lose at the tables, but you can bank on the ass!"
JD O'Toole: "Heh Heh! Well, the place is key to their set up over here. If you were to, uh...put it out of business, you know, uh... blow it up or something. I'm telling you, we'll be golden with Salvatore!"
—JD O'Toole tells Toni Cipriani about The Dolls House.

Blow Up 'Dolls' is a mission in Grand Theft Auto: Liberty City Stories, given to protagonist Toni Cipriani by Joseph Daniel O'Toole from his bar in the Red Light District of Portland, Liberty City.

Toni drops by Paulie's Revue Bar looking for more work from JD, who informs Toni of The Dolls House casino and bordello, which is the main source of income for the Sindacco Family in Liberty City. JD suggests that Toni blow the building up and so Toni grabs a Sindacco Argento left outside of the bar and takes it to 8-Ball's bomb shop in Harwood and has the vehicle fitted with a bomb.

Toni then drives to The Dolls House and parks the car in the garage of the casino/bordello. Toni arms the bomb and then runs away from the casino/bordello and the car explodes, destroying the building and killing numerous Sindacco members.

The reward for completing the mission is $1,500 and the mission Salvatore's Salvation is unlocked. A unique stunt jump, hidden package, and a Molotov Cocktail also become accessible in the remains of the destroyed buildings. The newly accessible jump also allows access to a second hidden package and a Sniper Rifle in the construction yard across the street.

The Sindacco Family will become hostile towards Toni and shoot at him on sight if he passes by on their territory, and they will also attempt to drag him from a vehicle.

Liberty City News will also broadcast a report on the explosion on the radio, whilst adding that Salvatore Leone has denied any involvement in the incident. 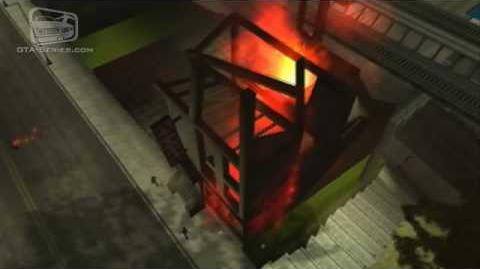 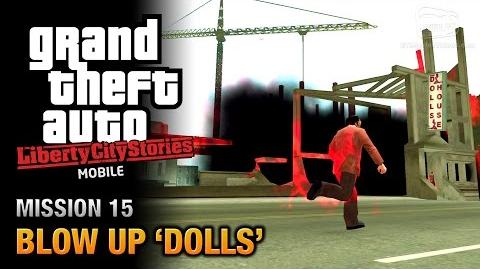