Bomb Da Base: Act I (If Cutting The Grass has been completed)

In-game time
“OK, I've had enough of this shit. We're gonna finish the Triads in Liberty once and for all! 8-Ball rigged a dustcart with a bomb. It's on a timer, so if you mess up there'll be no evidence.”
— Toni Cipriani

Blow Fish is the last mission in Grand Theft Auto III given to protagonist Claude by Leone Family Caporegime, Toni Cipriani from his mother's restaurant in the Saint Mark's district of Portland, Liberty City.

Claude goes to Momma's Restaurante and finds Toni, who informs Claude that he has had enough with the Triads and wants to force them out of Liberty City. Toni says that 8-Ball has rigged a Trashmaster with some explosives, which is to be placed between gas canisters at the Turtle Head Fishing Factory in Callahan Point. Claude drives to Eightballs Autoyard to collect the Trashmaster, which he then drives carefully over to Callahan Point, so as not to detonate the explosives before he reaches the plant, although he has time limit of two and a half hours. The Triads open the gates to the plant, allowing Claude to park the Trashmaster between two gas canisters. Claude sets the explosives to detonate and retreats to a safe distance, with the plant being destroyed shortly after.

The reward for completing the mission is $30,000. It also unlocks Bomb Da Base: Act I mission for Salvatore Leone if the Cutting The Grass mission has been completed. 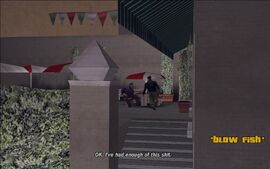 After Claude arrives at Momma's Restaurante in Saint Mark's, Toni immediately tells him that he had enough. 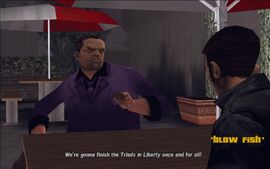 Toni is tired of the war with the triads and he wants an end to it. 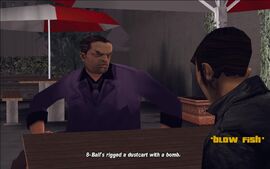 Toni informs Claude of a Trashmaster that 8-Ball rigged with explosives. Toni wants Claude to take the Trashmaster and use it to infiltrate the Turtle Head Fishing Factory and then blow it up between gas canisters at the factory. 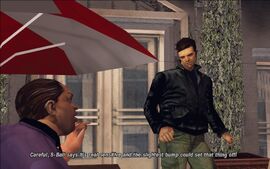 Before Claude goes, Toni notifies Claude that 8-Ball rigged the Trashmaster in a way that the slightest bump may set the bomb off, so Claude needs to be careful. 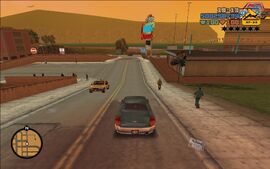 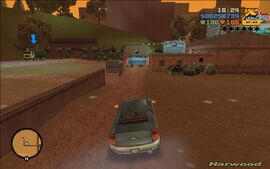 Claude arriving at the autoyard. 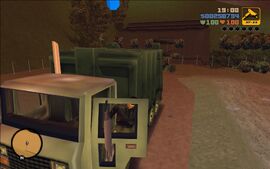 Claude getting into the Trashmaster. 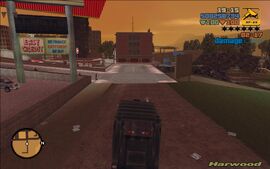 Claude heading out of the autoyard. 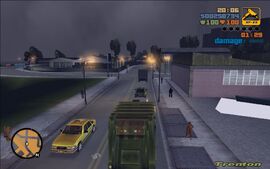 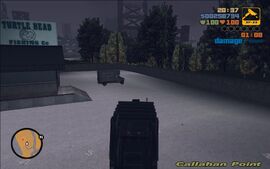 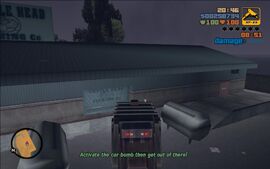 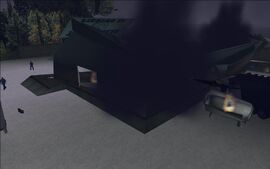 The carnage the bomb has caused. 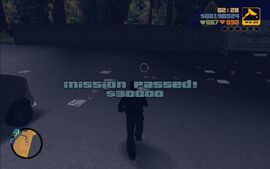 Claude driving into the plant