Lance: "The Mendez Brothers...They don't want us dead anymore."
Vic: "No?"
Lance: "No. They might wanna hurt us a bit...But kill us? Nah."
Vic: "OK. So, a pair of homicidal lunatics merely wanna hurt me a bit and I'm actually pleased about it! WHAT HAVE YOU GOTTEN US INTO, YOU DUMB SHIT?!"
—Lance Vance tells his brother Victor about their situation with the Mendez Brothers

Blitzkrieg is a mission in Grand Theft Auto: Vice City Stories given to protagonist Victor Vance by his brother Lance Vance from his apartment in Ocean Beach, Vice City.

The player needs to own a minimum of five Empire Building sites to unlock this mission.

Victor visits Lance at his apartment. When he arrives, Lance is worried and informs Vic that the Mendez Brothers have discovered that the Vances stole their cocaine shipment. After a brief argument, Lance picks up his phone and is informed that the Mendez Cartel are going to attack the business sites owned by Vance Crime Family. Victor and Lance both head to the sites under attack and successfully defend the sites from the Mendez attacks.

Mendez: I believe we have mutual interests. Call on us - soon.

The reward for completing this mission is $500 and the mission The Mugshot Longshot is unlocked. 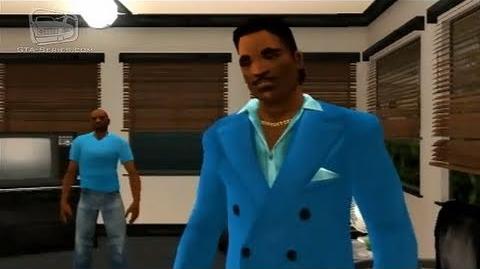