Biker Heat is a mission in Grand Theft Auto: Liberty City Stories given to protagonist Toni Cipriani by Maria Latore from her home in the Saint Mark's district of Portland, Liberty City.

Toni arrives at Maria's apartment again, where it is apparent something has happened as Maria is found weeping on her bed. Maria reveals Wayne has hit her, prompting an angry Toni goes to a biker gathering in Chinatown to confront him.

Wayne, having learned of Toni intentions, flees on his motorbike, leaving his fellow gang members to attack Toni, with Toni managing to escape (or kill) the attacking Bikers before chasing and killing Wayne.

The reward for completing the mission is $1,500 and unlocks the Overdose of Trouble mission for Maria. The player can also take Wayne's red bullet-proof PCJ-600 and park it in their garage to save it. 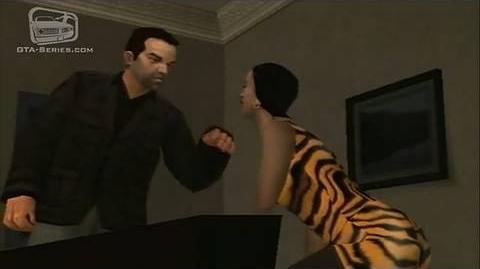 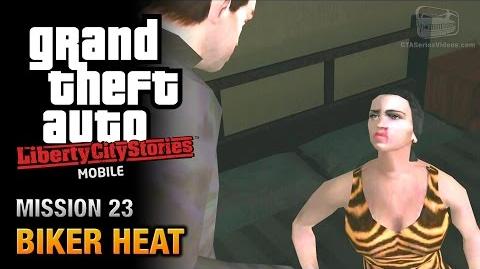