The "Sasquatch" being controlled by the player using the Golden Peyote in GTA V.

It was very likely introduced due to the popular myth in Grand Theft Auto: San Andreas, which Rockstar Games confirmed to be fake.

Rumors of Bigfoot being found in Back O' Beyond surfaced within a week of the game's release, although no definitive proof of Bigfoot's existence was ever produced and Rockstar Games eventually confirmed that Bigfoot did not exist in the game.

However, the release of modifications made the search near-impossible, as anything considered "evidence" of his existence was most likely taken out of a modified version of the game. Bigfoot remains arguably the most popular myth of the GTA franchise. Possibly for this reason, Bigfoot was introduced in the next game taking place in San Andreas, GTA V.

The mission's objective is to hunt the O'Neil brothers in the woods of Cassidy Creek using a rifle with thermal scope. At the lower right corner, one can see Bigfoot standing still. He will immediately disappear after he has been spotted. If Michael tries to shoot at it, nothing happens. This serves as an easter egg.

The mission is dedicated entirely to Bigfoot. Franklin meets a hunter who says that he has been on a sasquatch's tail for eight years (GTA San Andreas had been released 9 years prior to GTA V). After searching the woods, the creature can be seen running. After a long chase, he will reach a dead end and will start cowering in fear. Upon shooting him, he will repeat the phrases "shoot me human" and "I'm the last of my kind" (This is a throw back to the sasquatch mission in Red Dead Redemption). Franklin concludes that the so-called Bigfoot is nothing more than a crazed man in a costume.

After the Freemode Events Update, the Bigfoot search was expanded upon.

If a player has completed the game 100%, including The Last One side-mission and has found all 27 Peyote Plants, golden Peyote plants will appear, one in a different location for each day of the week but only from 5:30 to 8:00 AM in the morning and only when there is snowy or foggy weather.

This special Peyote plant grants the player the ability to play as a Sasquatch. Bigfoot works almost identically to human characters, can drive any vehicles, can use any dropped weapons, and has increased strength.

The player needs to eat each of the golden Peyote plants in order from Sunday to Saturday.

They will be able to observe a dead animal nearby each time they "transform" and when eating the last plant on Saturday morning, the Sasquatch Hunter will be seen laying dead next to the player.

Growling at this point will cause a howl to sound from the distance, which the player needs to follow, starting a hunt of sorts that consists of following a trail of dead bodies. Eventually, the player will arrive at Thomson Scrapyard and growling will be disabled.

The very last body will be located next to a small shack nearby where the camera will then focus onto the top of one of the plane carcasses, whereupon a Beast will jump down, starting a fight with the player. If the player wins, the hallucination will end automatically and the Bigfoot and Beast characters will be unlocked in Director Mode.[1] [2] [3] 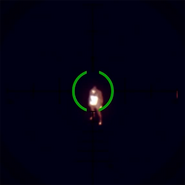 Bigfoot as it appears in The Last One. 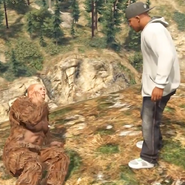 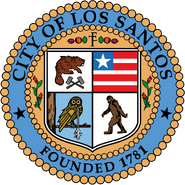 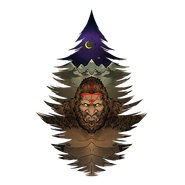 The graphic of the Bigfoot Tattoo in Grand Theft Auto Online. 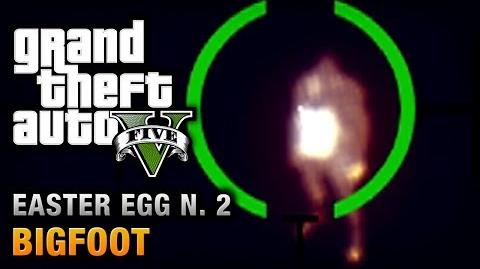 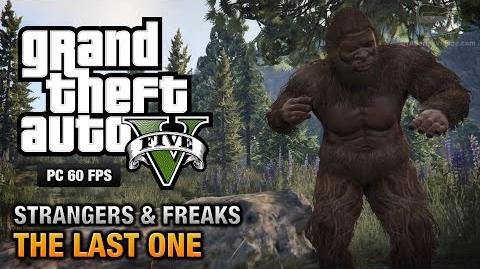 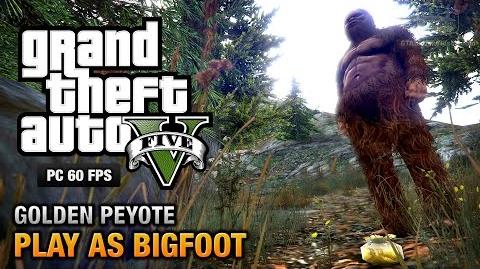