Ma Cipriani: "You can't fool me... I know why you don't move back in here. You're running scared of some Triads! Your father, God rest his soul, wouldn't let no one run him out of his own home."
Toni Cipriani: "But Ma!"
Ma Cipriani: "Unlike you, your father wasn't yellow! Until The Triads show you some respect, you're no son of mine! A daughter maybe...but not a son."
—Toni Cipriani and his mother.

Big Rumble in Little China is a mission in Grand Theft Auto: Liberty City Stories given to protagonist Toni Cipriani by his mother from her restaurant in the Saint Mark's district of Portland, Liberty City.

Toni goes around to see his mother at her restaurant, but is once again verbally attacked. She accuses him of being scared of the Triads and claiming that he is no son of hers. Toni decides to prove her wrong by killing two groups of Triads.

The first group is in a bulletproof Triad Fish Van containing a unnamed Triad leader and one of Triad Members, which Toni rams with a vehicle while the Fish Van constantly drops boxes from the back in order to slow Toni down. Eventually, the Fish Van catches fire and explodes. Toni then kills the remaining Triads who had not been killed by the explosion, by either running them over or using a weapon. The second group is located at the Chinatown plaza, with Toni killing all the gang members there.

There is no monetary reward for completing the mission. However, the mission Grease Sucho is unlocked.

Toni Cipriani attacking a Triad Fish Van with a Leone Sentinel in Chinatown. 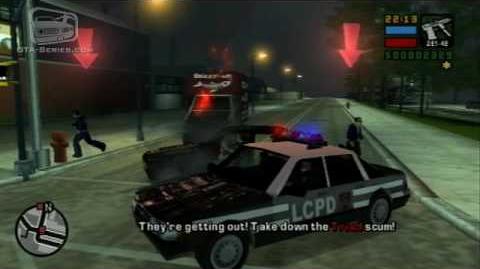 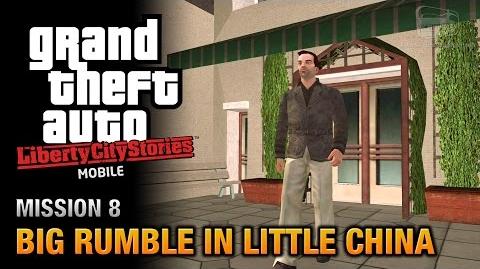