Big'n'Veiny is the final mission in Grand Theft Auto III given to protagonist Claude by Diablos leader El Burro from a payphone in the Hepburn Heights area of Portland, Liberty City.

Claude goes to the payphone in Hepburn Heights, which is ringing. El Burro instructs Claude to follow a SPANKED-up thief who has stolen the latest copy of Donkey Does Dallas and collect the copies as they fly out of the back of a van. After collecting all the magazines, Claude kills the thief and then returns the magazines to XXXMags in the Red Light District.

The reward for completion of the mission is $20,000 with a bonus of $10,000 if the player collects all copies of the magazines. A stack of pornographic magazines will appear at the Portland Safehouse after the mission.

El Burro's first mission Turismo becomes a re-playable mission that can be started from the payphone. 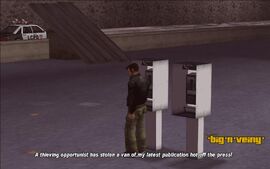 After Claude picks up the ringing payphone in Hepburn Heights, El Burro tells Claude of a truck full of donkey pornography, that has been stolen by a SPANK-ed up thief. 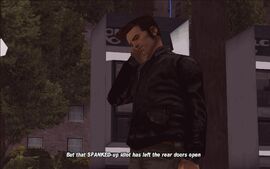 El Burro also tells Claude that the thief stole the truck and drove away with the rear-doors open, which made all the pornography magazines fall out of the truck and onto the streets of Portland. 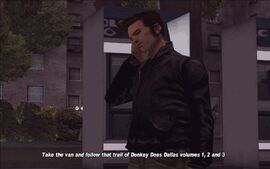 El Burro instructs Claude to use a van he provided and to follow the trail of magazines to the thief. 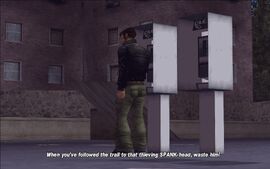 El Burro tells Claude to kill the thief once he finds him. 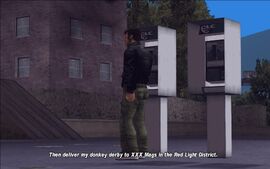 After killing the thief, Claude is to deliver the magazines to XXXMags in the Red Light District. 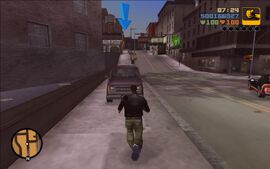 Claude, about to enter the van that El Burro provided. 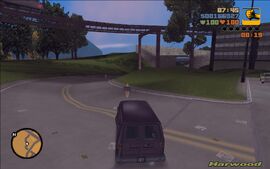 Claude following the trail of magazines. 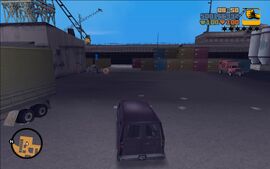 Claude arriving at the Portland Harbor, where the thief is located. 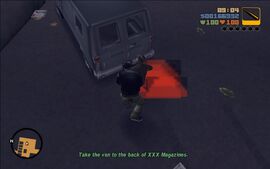 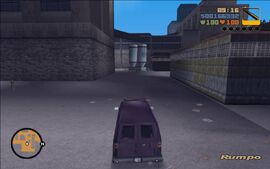 After killing the thief, Claude heads to the Red Light District. 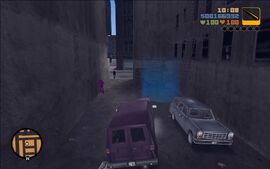 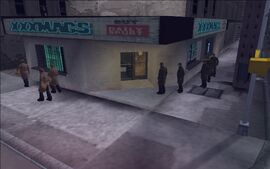 Perverts outside the XXXMags store. 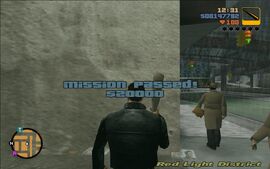 Claude driving along the trail of magazines

Stacks of magazines appearing around the Portland safehouse.