Before the release of Grand Theft Auto: Liberty City Stories, there were features that were removed from the final product. These changes range from deleted vehicles and player skins to the removal of entire characters and mission strands. 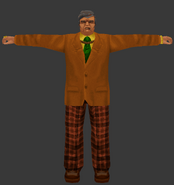 The unused HUD icon of the Ruger, which can be found in the PS2 game files.

The model for the Tear Gas in the game.

The white version of the Tear Gas HUD icon.

The yellow version of the Tear Gas HUD icon. 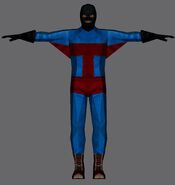 Hero Garb in beta as seen in interior files of the game.

Miguel suit in the Beta.

Joseph Daniel O'Toole with purple glasses, as seen in a beta screenshot.

A pre-release screenshot depicting the Bullion.

The model of the Tommy.

The Panlantic, which can only be spawned by cheat devices or action replay codes. 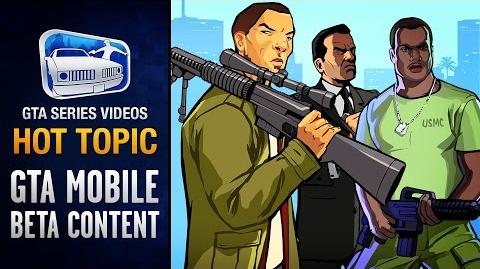