Before the release of Grand Theft Auto: Chinatown Wars, there were features that were removed from the final product. These changes range from deleted vehicles and player skins to the removal of entire characters and mission strands.

Another early artwork of Rudy D'Avanzo.

Another early artwork of Rudy D'Avanzo.

Beta version of Rudy as seen on the first trailer.

Full artwork of the early version of Rudy D'Avanzo.
Add a photo to this gallery

Mike Cala, an artist and illustrator for Rockstar Games who designed the game's logo, uploaded four GTA Chinatown Wars early concept logos on his Behance page. It originally used the 3D Universe Grand Theft Auto logo, with a small gap between the "T" and the "R". 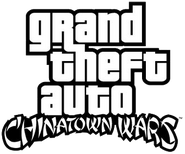 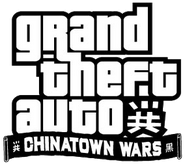 Unused Triad variant of the Burrito. (Rear quarter view).
Add a photo to this gallery

The Police Cruiser, as depicted when the player gets Busted.

Retrieved from "https://gta.fandom.com/wiki/Beta_Releases_in_GTA_Chinatown_Wars?oldid=1209757"
Community content is available under CC-BY-SA unless otherwise noted.