There are a couple of reasons for the street name. One theory claims that it is named after the large rock in the state of Montana (Lemhi Street is named for the Lemhi Pass in the Beaverhead Mountains, fitting the Western theme). A second theory is a reference to Rockstar's sexual humor; a Beaver is slang for pussy or vagina. Head is slang for giving someone oral sex. Combine those words to make Beaverhead and it implies someone giving oral sex to a vagina.

This is the spawnpoint in the Multiplayer Party Mode. 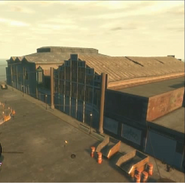 Retrieved from "https://gta.fandom.com/wiki/Beaverhead_Avenue?oldid=1101910"
Community content is available under CC-BY-SA unless otherwise noted.