"Coffe house chain taking over the world one Tiramisu Gunkaccino at a time."
― Description at LCN.com.

Despite its numerous stores throughout Liberty City and Los Santos, the player cannot visit any location. Its advert can be regularly seen on TV and heard on the radio. The chain's slogan (as seen on its website) is "Tastes like fuel, kicks like a mule". The Bean Machine is most likely the place to find businessmen and women loading up on overpriced lattes before they head out to work. A Bean Machine store appears in the mission "Reuniting the Family".

They are one of the official sponsors of the CNT program I'm Rich in GTA IV.

beanmachinecoffee.com is the official website for Bean Machine. It has detailed information on Bean Machine products, like a list of specials and cup sizes, which may be a reference to bra sizes. It promotes extreme franchising to destroy competitors, coffee for children, and caffeine.

It is probably a spoof of chains such as Starbucks and Coffee Bean.

The design and coloration of the logo bears a striking resemblance to real life UK-based coffee retailer Costa Coffee. Costa Coffee is ironically the second largest Coffeehouse chain in the world, but is extremely uncommon in the US.

Burlesque and Iron Street, The Triangle.

Frankfort Avenue and Iron Street, The Triangle, Algonquin.
Add a photo to this gallery

Bean Machine also have a warehouse in Port Tudor, Alderney. 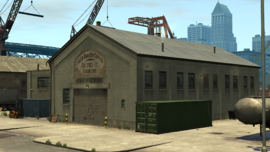 Bean Machine warehouse in Port Tudor, Alderney.
Add a photo to this gallery

Vending machine in a convenience store.

The menu of a Bean Machine machine in the enhanced version.

An advertisement for Bean Machine.

An advertisement poster for the Bean Machine.

Short cinematic film.
Add a photo to this gallery 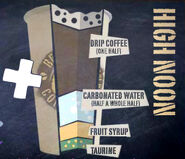 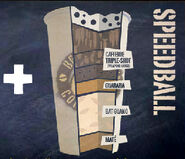 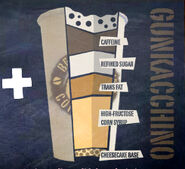 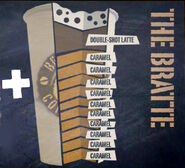 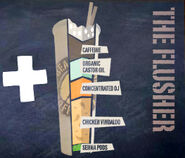 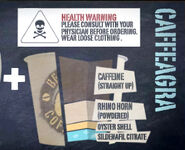 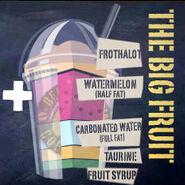 The Big Fruit.
Add a photo to this gallery

Retrieved from "https://gta.fandom.com/wiki/Bean_Machine?oldid=1211510"
Community content is available under CC-BY-SA unless otherwise noted.