Overview of the building

Located in the heart of Star Junction in Algonquin, the skyscraper serves as a branch for the BAWSAQ stock exchange. It is unknown whether it serves as the main headquarters but is otherwise the largest branch for BAWSAQ offices.

The building is bordered by Kunzite Street to the north, Jade Street to the south, and Burlesque to the west. It can be best distinguished by its bright American flag cylindrical display seen often when passing through the center of Star Junction via Kunzite Street or Denver-Exeter Avenue.

Bawsaq Building is home to many large advertisement displays within Star Junction. Six large billboards are displayed on the west side of the building, including Anna Rex, K109 The Studio, WTF, Excelsior, Crevis and Popping. The building appears to have offices for the Liberty Sports Network, indicated by a repetitive string of LSN advertising, neon signs and graphics along the south-west corner of the building. Among other advertisements are Logger Beer and Dusche Gold beer brands.

In The Ballad of Gay Tony, five of the six large billboards on the side of the building have been changed, now advertising the Ocelot F620, which is only available in The Ballad of Gay Tony (and later reappearing in GTA V), Prolaps golf, and several TV-shows, including The Men's Room, Lock Up Your Daughter and Boner. The Anna Rex advertisement remains intact.

On the large corner display sign itself, a variety of in-game brands are advertised:

The tower itself consists of more than 30 floors, the outer corners bearing a horizontally-striped pattern while the inner sections are large vertical glass panels running down the building. It has several set backs before reaching the top few floors, consisting primarily of a large metal framework built around the central spire reaching several more feet into the air. The building looks out to the Zirconium Building at a competitive height, as well as the Cooper Jackson Building and MeTV Building across the road.

The tower is based on 4 Times Square (formerly known as the Condé Nast Building) in Manhattan, New York City.

Large display sign on the corner of Kunzite Street and Burlesque.

North side of the building.

West side of the building looking from Denver-Exeter Avenue.

Alleyway between the buildings.

Entrance from the south on Jade Street.

Base section of the building.

Base section of the Bawsaq Building in Grand Theft Auto: Chinatown Wars.
Add a photo to this gallery 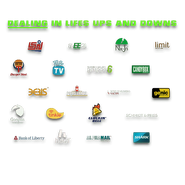 Branding textures on the cylindrical display. 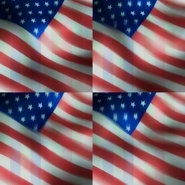 BAWSAQ logo used around the building.
Add a photo to this gallery
GTA IV Billboards

Excelsior.
Add a photo to this gallery
TBOGT Billboards

Lock Up Your Daughter.

Prolaps.
Add a photo to this gallery

Retrieved from "https://gta.fandom.com/wiki/Bawsaq_Building?oldid=1123605"
Community content is available under CC-BY-SA unless otherwise noted.