GTA Wiki
Register
Don't have an account?
Sign In
Advertisement
in: Pages with non-numeric formatnum arguments, Vehicles, Vehicles in The Lost and Damned,
and 11 more
English

“The ultimate Italian stallion! A rare as shit and $$$ version of the 801, this got an even more out there 195bhp block to propel it to past warp 20, motherfuckers!!! Lightweight alloys and carbon fiber make this faster than its street version too. This one will ensure everyone else plays cath-up!”
— Uptown Riders website.

The Bati Custom is essentially a sportier variant of the Bati 800 supposedly more suited for racing, featuring mechanical modifications such as a more traditional two-sided swingarm (as opposed to the base model's single-sided swingarm), a large CFRP rear hugger and improved exhaust system, with large exhaust tips. The bike also lacks mirrors, rear plate holder, turn signals and passenger foot pegs, while the lower fairing is body-coloured instead of carbon fibre.

In The Lost and Damned, the bike comes in one of four possible full-body vinyl designs, each primarily sponsoring one in-universe product, including Sprunk (green), Redwood Cigarettes (red/white), Stronzo (green/red/white) and Cerveza Barracho (red/white). As the vinyl designs are actual textures, it is not possible for the player to change them at any spray shop. In The Ballad of Gay Tony, the bike is only available with the Redwood Cigarettes livery. It is set to spawn in white and uses the same 7-spoke black rims as the regular version, whose outer surroundings have the white colour.

The vinyl designs have minor sponsors around it, which are:

The motorcycle is featured in Grand Theft Auto V and Grand Theft Auto Online under the name Bati 801RR (Race Replica) and retains the same features as in EFLC. However, the bike has all the four vinyl designs, which can be changed through any mod shop. In the enhanced version, the bike uses the same "Sports Bike" analog dials as the regular version, the PCJ-600 and the Akuma.

The bike is set to spawn in a black colour, although it is not visible due to the vinyl designs. Again, the bike uses 7-spoke silver/alloy rims similar to the "Racer" rims seen in Los Santos Customs, where the outer surroundings are determined by the wheel colour, which is set to spawn in the default alloy colour and there is no respray option (even for custom rims). It uses medium-profile tyres.

The exhaust manifold of the motorcycle defines the engine as a 4-cylinder, and is claimed to produce 195 bhp. The engine sound is the same as the regular Bati 800, being reused from the NRG 900.

Despite the various modifications it received, the Bati 801RR performs identically to the standard Bati 801; this still makes it by far one of the fastest motorcycles in GTA V. The Bati 801RR has an excellent handling line, allowing the bike to make sudden alterations to its direction, as well as avoiding traffic, and making sharp corners, all still possible at high speeds. The braking is also very impressive, allowing the bike to make sudden needed brakes. Traction is acceptable, especially in high speeds and cornering, however, the bike tends to lose traction when pulling stoppies, and eventually loses control, forcing the bike back onto both wheels, which may hinder the Freemode Challenge "Longest Stoppie"; in this case, it is recommended not to pull a wheelie before pulling a stoppie, to avoid loss of control.

Overall, the bike is highly recommended for racing, and with modifications, is easily the fastest motorbike in the game. It is recommended for use on most Time Trials in GTA Online thanks to its overall impressive acceleration, handling, and top speed.

Once again, the exhaust manifold of the bike defines the engine model as a 4-cylinder, and shares the same low-pitched engine sound with the Bati 801 and the Thrust.

* Vehicle does not have access to the regular Respray options. The only available options are the ones listed here.
** Wheels do not have color options. 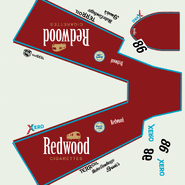 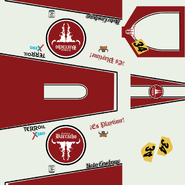 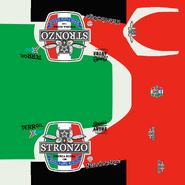 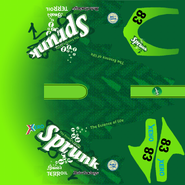 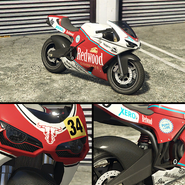 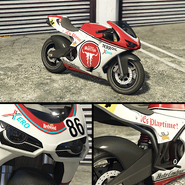 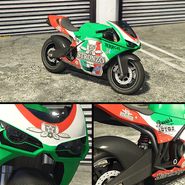 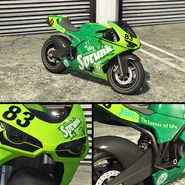 The Bati 801RR on the updated Rockstar Games Social Club. 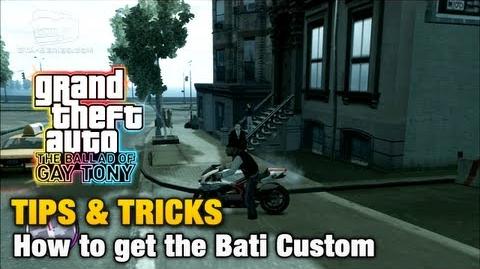 In the original version (Xbox 360 and PlayStation 3) of the game, the Bati 801RR would spawn, albeit extremely rarely, in traffic.[1] With a frequency value of only 5[2], its chances of spawning are extremely low.

The Bati 801RR no longer spawns in traffic randomly, as it was removed from traffic data files[3] in the enhanced version of the game. Making it only possible to obtain it as Franklin via an exploit in the Jewel Store Job.