Tommy Vercetti: "What's the problem?"
Lance Vance: "Some bar is refusing to pay. They reckon they're protected by a local gang of thugs. But don't worry Tommy, I can handle it."
Tommy Vercetti: "You call this handling it? You two, off your asses... Let's go."
—Lance Vance explains that the Front Page Café is refusing to pay protection because they are instead protected by a "local gang of thugs".

Bar Brawl is a mission in Grand Theft Auto: Vice City which protagonist Tommy Vercetti performs independently. The mission is triggered from the Vercetti Estate on Starfish Island, Vice City.

Tommy enters his mansion and sees Lance Vance at the bar. Lance explains that the Front Page Café is refusing to pay protection because they are instead protected by a "local gang of thugs". Tommy, angered at Lance's indifference to this, decides to deal with the issue himself and takes two of his bodyguards to the Front Page Café on Ocean Drive. Tommy kills the guards in front of the café and speaks to the cafe owner. The owner explains that DBP Security has been supplying his protection and tells Tommy to discuss it with them. Tommy drives to DBP Security's headquarters and attacks some of their guards, but two guards survive and escape on PCJ 600s with Securicars following them as backup. Tommy gives chase to the guards, who flee to the southeastern tip of Ocean Beach, and eventually kills them.

The reward for completing this mission is $4,000 and the mission Cop Land is unlocked. The SPAS 12 can now be purchased from Ammu-Nation.

The player will also receive a $1,000 bonus for each Securicar they destroy. 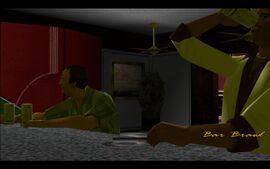 Lance and two Vercetti mobsters are drinking in one of the rooms in Tommy's mansion. 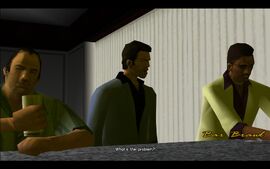 Tommy comes into the room and asks Lance why everyone is drinking and not doing anything meaningful. 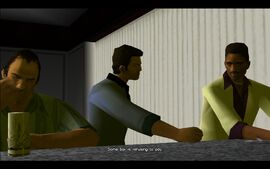 Lance tells Tommy that some bar on Ocean Drive refuses to pay them protection money, as they claim that some gang of thugs is already protecting them. 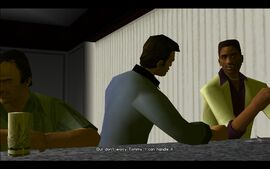 However, Lance assures Tommy not to worry and says that he can handle the bar. 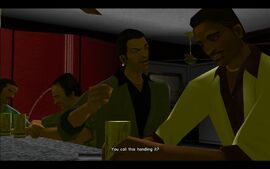 Tommy gets angry at Lance for wasting time and angrily slams the table, waking everyone up. 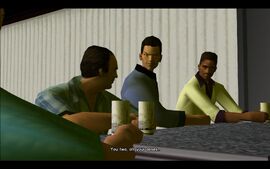 Tommy turns to the other two mobsters and tells them to come with him. 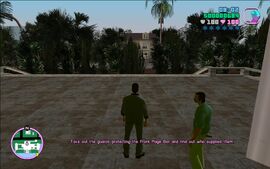 Tommy decides to go to the bar himself, take out the protection already there and convince the manager to go under Tommy's protection. 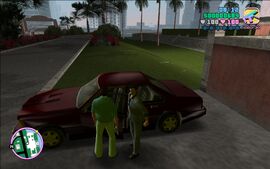 Tommy getting into the Sentinel parked near the mansion. 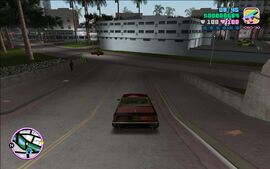 Tommy driving to the bar. 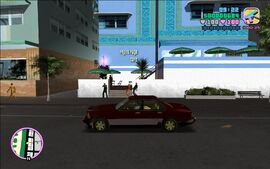 After Tommy arrives at the bar, he sees two armed thugs guarding the front stairs and takes them out. 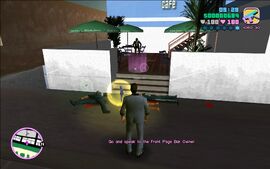 After taking out the two thugs at the front stairs, Tommy goes into the bar to talk to the owner. 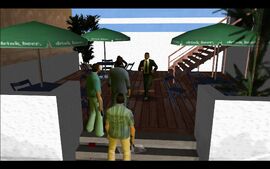 The owner comes out from the cafe to talk to Tommy. 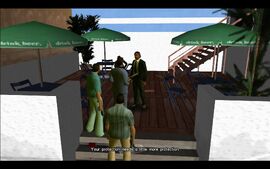 Tommy tells the owner that his previous protection was weak and that he needs to give in to the Vercetti Gang if he wants to actually be safe. 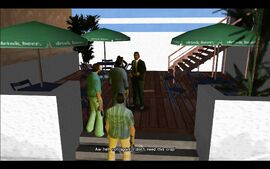 The owner says that he does not need any mob wars going on in his cafe. 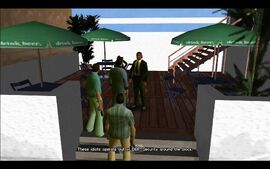 The owner tells Tommy the thug's location and tells Tommy to sort this disagreement out with the other gang instead. 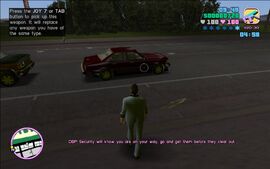 Tommy realises that the gang of thugs will probably know of their men being taken out by Tommy and will try to leave Ocean Beach, so Tommy has to hurry, go to their headquarters and take all of them out. 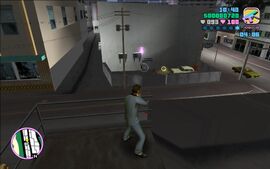 Tommy taking out the thugs at their headquarter. 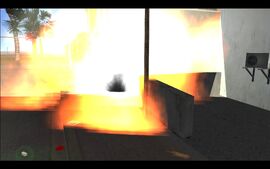 After Tommy takes out all the thugs he can see, a bomb goes off in a nearby alleyway. 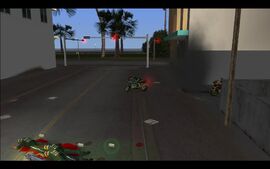 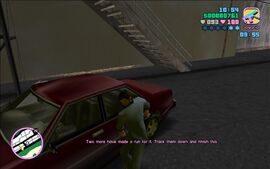 Tommy getting back into his vehicle. 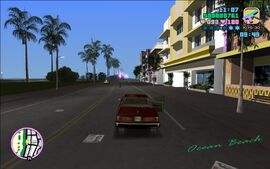 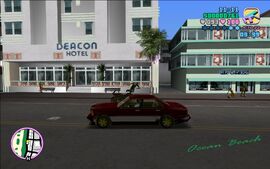 Tommy taking out the bikers. 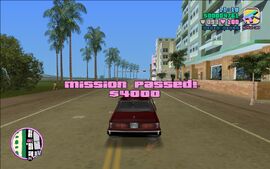 Tommy Vercetti "persuading" the owner of the Front Page Cafe to change his protection.

A guard escaping from Tommy Vercetti's attack on a PCJ-600.