Artwork of the Banshee in GTA Vice City.
Add a photo to this gallery 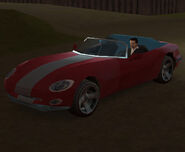 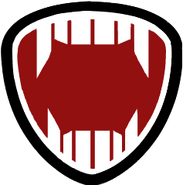 The Banshee with rollbar loops in Grand Theft Auto IV. (Rear quarter view)
Add a photo to this gallery

Banshee in GTA Chinatown Wars.
Add a photo to this gallery

The Banshee (Topless) on the Rockstar Games Social Club.

Banshee Racing Jacket.
Add a photo to this gallery

In GTA IV, Brucie Kibbutz owns a unique black Banshee with a yellow stripe, which he dubs "The Bitch". He intended to use this car in the street race in the mission No. 1, but the car failed to start (likely due to the fact that Brucie personally tuned the car). Having an alternative in mind, Brucie called his friend Stevie for a replacement car; Stevie's bright yellow Comet. A normal Banshee in yellow with a black stripe can be found on the streets. The player can see Brucie's black and yellow Banshee on Auto-Eroticar's website.

Brucie's Banshee in GTA IV.
Add a photo to this gallery

The unique grey color Banshee from Introduction.
Add a photo to this gallery

Leon McAffrey's Banshee.
Add a photo to this gallery

The Banshee requested by Stevie for his stolen cars list in GTA IV.
Add a photo to this gallery

The unique Banshee from Hossan's random encounter.
Add a photo to this gallery

Retrieved from "https://gta.fandom.com/wiki/Banshee?oldid=1133179"
Community content is available under CC-BY-SA unless otherwise noted.