Lure all three groups of the Colombian Cartel to the trap,

In-game time
“Miguel seems to think I'm mistreating him. Still, he's revealed the extent to which Catalina fears your quest for revenge. She has three death squads dotted around Liberty, whose sole job is to hunt you down. Act as the bait, and get the death squads to follow you to Pike Creek where some of my men will be waiting for them.”
— Asuka Kasen

Bait is a mission in Grand Theft Auto III given to protagonist Claude by Asuka Kasen from the Panlantic Construction Company construction site in Fort Staunton, Staunton Island, Liberty City.

Asuka, after having caught Miguel, at the construction site, is torturing him in order to get more information about Catalina's plans against Claude. She informs him of Catalina planting three death squads around Liberty City to kill Claude. He's forced to search Shoreside Vale for each of the death squads and lead them to a trap set by Asuka; a waiting group of well-armed Yakuza members. Each gang consists of four Colombian Cartel gang members driving in Sentinel's and they can be found at Pike Creek and Cedar Grove. Once all of them are killed, the mission is complete. 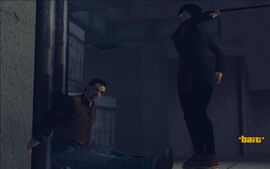 Claude arrives at the Panlantic construction site to find Asuka torturing Miguel with a long stick by whipping him across the face with it. 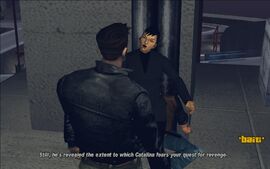 Asuka tells Claude that Miguel thinks she is too cruel, as well as just how much Catalina is scared of Claude after finding out he is still alive. 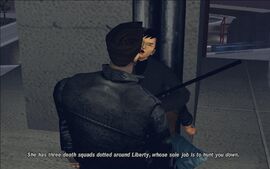 Miguel revealed that Catalina has three death squads set up all across Shoreside Vale to hunt Claude down. 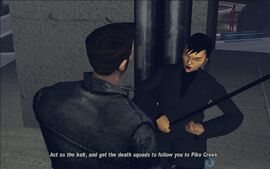 Asuka tells Claude to act as bait and lure the death squads into a trap where her hitmen will be waiting for them. 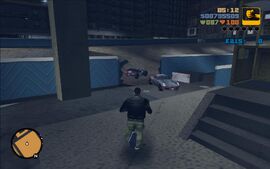 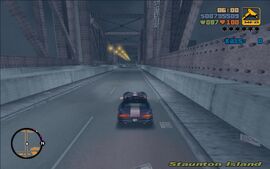 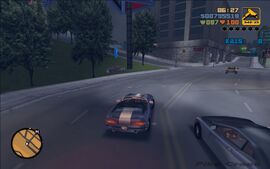 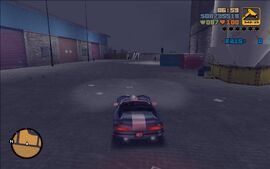 Claude luring the first death squad into the Yakuza trap. 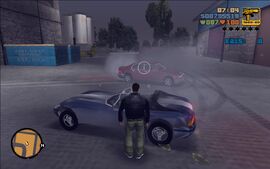 Claude and the Yakuza hitmen prepare to disable the first squad. 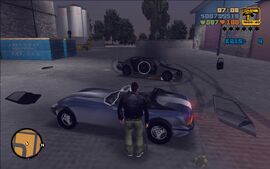 The carnage of what is left of the first squad. 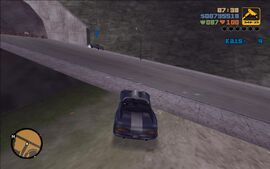 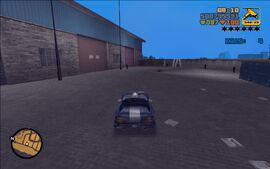 Claude luring the second death squad into the Yakuza trap. 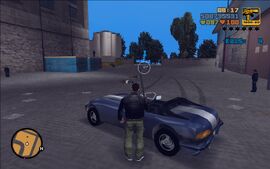 Claude and the Yakuza hitmen prepare to disable the second squad. 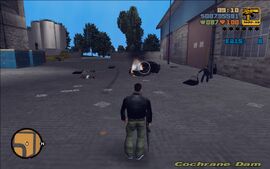 The carnage of what is left of the second squad. 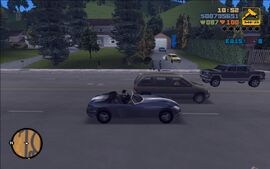 Claude nearing the third and final death squad checkpoint in front of a mansion in Cedar Grove. 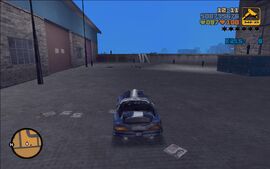 Claude luring the final death squad into the Yakuza trap. 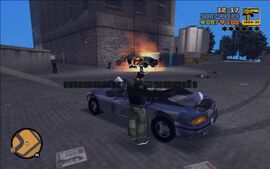 Claude and the Yakuza disabling the final death squad. 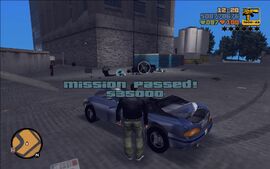 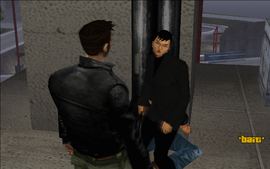 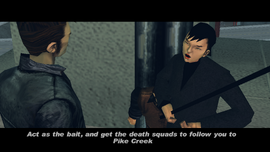 Asuka Kasen informing Claude of Catalina's plot to assassinate him. 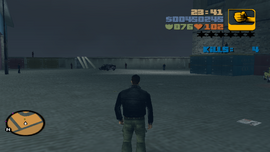 The scene of Asuka's trap for the Cartel hit squads in Pike Creek.