Badlands Revenge II is a arcade minigame developed by Pixtro. It is available for up to two players in the Arcade in Grand Theft Auto Online.

The game is a light gun Western-themed shooting gallery. It features an unnamed sheriff protagonist going through a series of stages eliminating enemies. Throughout each level, there are "hostages" and animals that move across the level that the player must avoid shooting. There are also many powerups throughout each stage that can give health, invincibility, other gun types such as a shotgun or Gatling gun, or can hide the player's gun reticle. 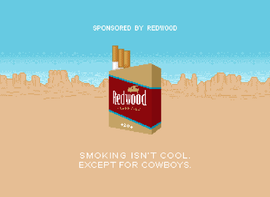