• ­Kill the witness! Bring back proof.

• ­Make your way up the mountain to find that snitch!

• ­Remember, you need a photo of him in one piece!

• ­Take the camera to the drop.

Wasted
Busted
Informant escapes, his body is abandoned or can't be identified

Badlands is a mission in Grand Theft Auto: San Andreas, given to protagonist Carl Johnson by C.R.A.S.H. in Angel Pine in Whetstone.

After the gunfight beneath the Mulholland Intersection that resulted in Sweet being injured and taken into police custody; Carl is kidnapped and taken outside of Los Santos to begin performing errands for C.R.A.S.H. The first of these tasks is a favor for Tenpenny, who tells Carl to kill an ex-police officer being held by the FBI under a witness protection program. The witness, who has compromising information about Tenpenny, is hiding in a remote cabin located on Mount Chiliad. Carl, disarmed by the police, and carrying only a camera, is forced to make his way up Mount Chiliad. He then flushes the witness out of the cabin, and chases him down Mount Chiliad as he attempts to flee in a Washington. After Carl kills the witness, he photographs the evidence that he will no longer be talking, and delivers it to a trailer in Angel Pine.

After completing the mission in Angel Pine, the player will receive two phone calls in the first succession. The first phone call is from Cesar Vialpando, who suggests Carl to locate an unknown person who will protect him. The second is from Sweet, now held captive in a prison hospital while receiving treatment for his gunshot wounds.

There is no reward for completing this mission, though the mission First Date is unlocked.

The deceased witness.
Add a photo to this gallery 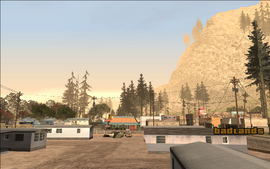 Carl looks over Mount Chiliad. Somewhere on the mountain is his target's hideout. 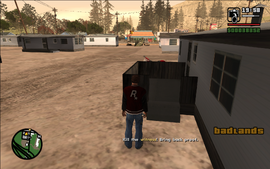 Carl must locate the target, kill him and get proof for C.R.A.S.H. - a photograph. 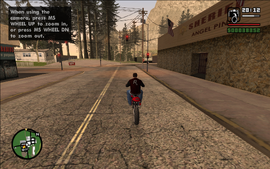 Carl heading out of Angel Pine. 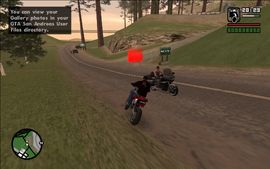 Carl arriving by the mountain side. 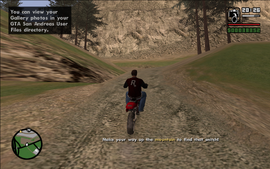 Carl must climb the mountain and find the target. 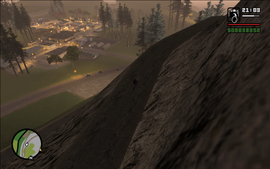 Carl climbing up the mountain. 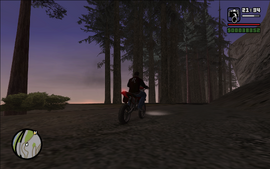 Carl's journey up the mountain leads him to a forested till overlooking the Badlands. 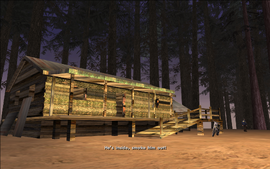 It appears that the target is hiding out in a small cabin on this till. 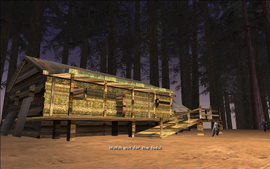 The cabin is closely guarded by federal agents. Carl must be careful not to alert them, or else his mission will become unnecessarily complicated. 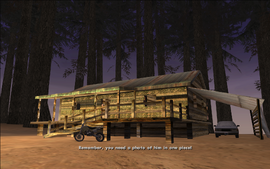 After killing the target, Carl mustn't forget to take a photo of the target's dead body as proof that he is dead. 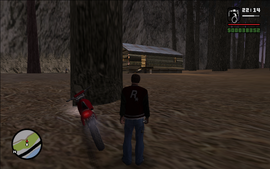 Carl stalking the target in the cabin from the woods nearby. 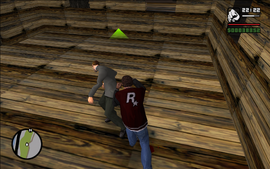 Carl beating the target to death. 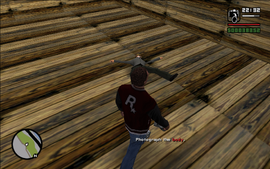 After Carl has killed the target, he must take a picture of the dead body. 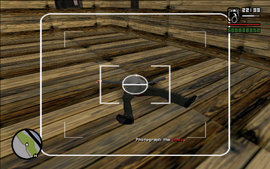 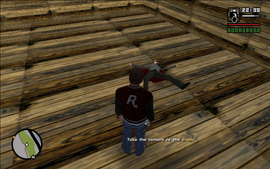 Carl must now return safely back to Angel Pine and drop the camera off. 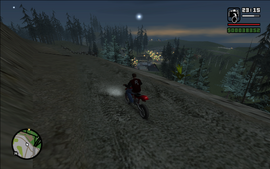 Carl climbing down the mountain. 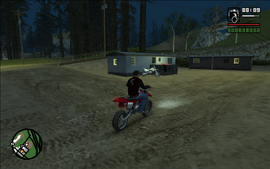 Carl returning to his trailer in Angel Pine. 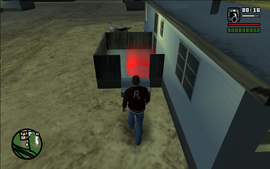 Carl walking into the trailer to drop the camera off. 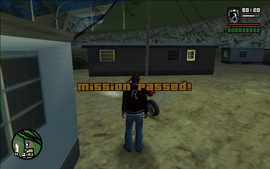 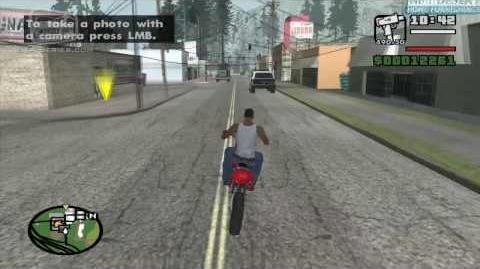 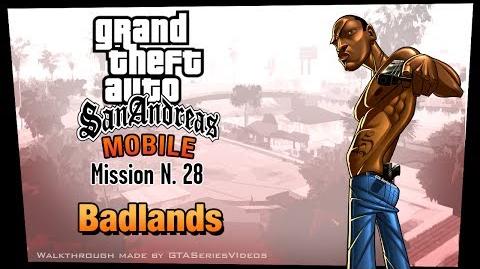 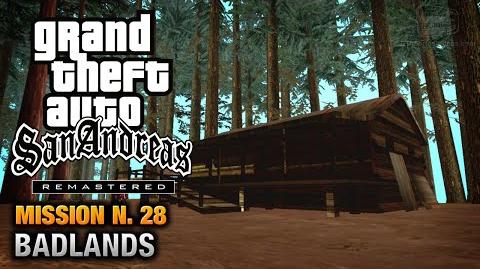 Retrieved from "https://gta.fandom.com/wiki/Badlands?oldid=1205596"
Community content is available under CC-BY-SA unless otherwise noted.