Lawrence Taylor
“Remember, to win in a game of football, or life, you have to annihilate everything in your path... in a blind rage!”
— BJ Smith

BJ Smith is a former tight-end for the Vice City Mambas, a professional American football team, and has decided to concentrate on business. He has since purchased Sunshine Autos and renamed it to BJ's Used Autos and has released his own fitness video called BJ's Fit for Football.

BJ has struggled to come to terms with life after his football career, although he is known to frequent Colonel Cortez' yacht party. The police are also investigating Smith for his used car business, which they suspect is a front for selling stolen cars. Smith is in debt and is doing anything for money, including training for a return to pro football, but upcoming crime lord Tommy Vercetti bought his dealership from him as a front for his car theft ring. He continued the underground chop shop business, "Donating" stolen cars and also participating in illegal street races. BJ announced to Tommy that he was coming out of retirement and preparing his future comeback.

BJ Smith's approach in life is said to be heavy handed, citing football as an inspiration to his claims of resolving many of life's challenges with aggression and violence. The Vice City Bureau of Investigation file on Smith also says that he is known for violently tackling his opponents. 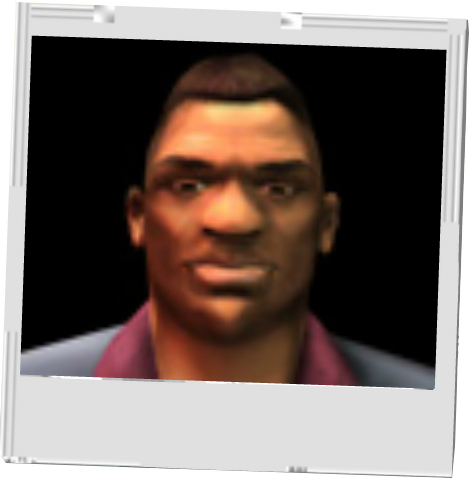 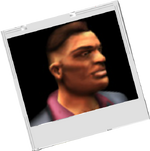 BJ, with Avery and Donald Love in one of Colonel Cortez' parties.

A tribute to BJ Smith at Chamberlain Hills in GTA V.

The Football signed by Smith as a Penthouse decoration in Grand Theft Auto Online.