Burt Reynolds (GTA Vice City)
Unknown (GTA Liberty City Stories)
“Nothing brings down real estate prices quicker than a good ol' fashioned gang war. 'Cept maybe a disaster like a biblical plague or something, but that might be going too far in this case.”
— Avery Carrington

Avery Carrington owns the Shady Acres company and its advertisement can be heard on the in game radio. He may also have been involved with the company Avery Construction, a property development company working in Blueberry, Red County, San Andreas. Avery was an extreme capitalist, property magnate and real estate mogul based in Vice City.

Avery Carrington was born and raised in Texas and later moved to Vice City, becoming, at some point, a successful property magnate and real estate mogul to his willingness to use any tactic including gang warfare, arson, intimidation, murder and demolishing opponents buildings. Avery is heavily influenced by his father and takes on a protégé, Donald Love, passing on his knowledge, which Love would later use to his own advantage. However, for some reason, Avery seems to dislike Donald.

In 1986 he is financing the construction of a building in Vice Point and is one of Vice City's social elite, attending Colonel Juan Cortez' party. Carrington, however, faces problems from the Spand Express company, who refuse to sell their land, and another further advanced construction site opposite his own. Ken Rosenberg, a lawyer introduces Carrington to Tommy Vercetti, who helps to drive Spand Express out of their land by causing a riot in their yard and destroying three Spand Express vans. Carrington, impressed with Vercetti's ability, later hires him to murder a man who refuses to sell some land to Carrington and to structurally weaken a construction site located opposite his own. Carrington continues with his business before asking Vercetti for help again, this time having him create a gang war between the Cubans and the Haitians in order to drive down property prices, and later gives Vercetti advice in how to build his criminal empire in the city following the death of drug baron Ricardo Diaz.

After the events of Grand Theft Auto: Vice City

Avery Carrington continued to expand his business, appearing on a billboard in Las Venturas, San Andreas in 1992.

“Avery. Oh, Avery! How you've aged since we last met... you used to feed me such pearls of wisdom... and soon I shall dine again!... My God! He's wearing a wig!”
— Donald Love in Morgue Party Resurrection.

In 1998, Avery sent an e-mail to Ned Burner where he says that Mayor Roger C. Hole is corrupt and that he liked to take bribes from the mob.[2] He went on to offer him $200,000 to expose his corrupt ways to the public and end lying to satisfy him.

A few months later he flies to Francis International Airport to meet with the Colombian Cartel to discuss plans to re-develop the organized crime ravaged, gang warfare ridden, Mafia controlled district of Fort Staunton on Staunton Island, Liberty City. Carrington's old protégé, Donald Love, hears of his impending return and hires Toni Cipriani to kill Carrington to acquire his real estate plans, as the Panlantic Corporation who 'do anything to get prime real estate'. Toni Cipriani later steals Carrington's body for Love, who eats the body on his flight away from Liberty City. 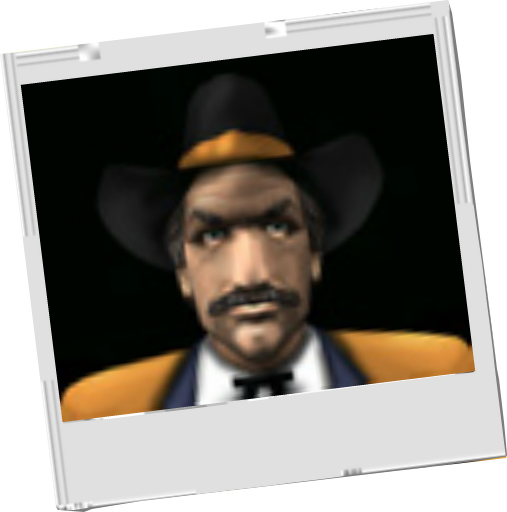 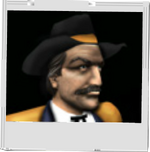 Avery in the mission "Riot". 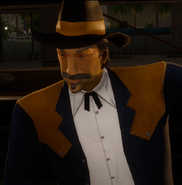 Avery Carrington in the trailer for Grand Theft Auto: The Trilogy - The Definitive Edition.