The Fastest Boat
Waste the Wife

Check Out at the Check In (with Shakedown)

In-game time
“A European gang plans to hit a bank in Vice City. My employers would rather this didn't happen. Each member of the gang has a cover while they are here in Vice City. Some have menial jobs, others are on vacation. Each target and their likely whereabouts are taped under the phone.”
— Mr. Black

Autocide is a mission in Grand Theft Auto: Vice City given to protagonist Tommy Vercetti by Mr. Black from a public payphone outside the Washington Mall in Washington Beach, Vice City.

All of the following characters were killed on Mr. Black's orders and for planning to rob a bank. 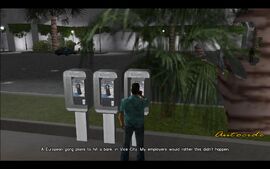 Tommy picks up the ringing payphone near the mall in Washington Beach. Mr. Black informs Tommy of a plan by a European gang to rob the bank in Vice City. Mr. Black tells Tommy that his employers would like the help of Tommy to get rid of the robbers. 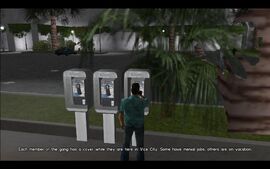 Mr. Black tells Tommy that all of the members are currently in Vice City, each one with their own covers. 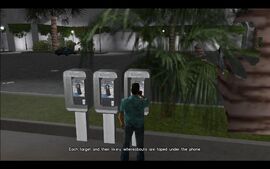 Just like with Tommy's previous assignments from Mr. Black, all of the information needed for the mission's completion is taped under the phone. 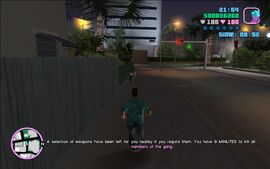 Tommy goes to pick up some weaponry that has been hidden in the garden of a nearby house. 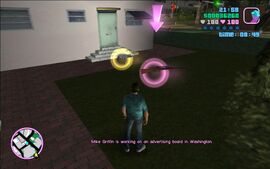 Tommy finds a sniper rifle and an Uzi in the backyard; his first target is Mike Griffin, who is working on a billboard in Washington Beach. 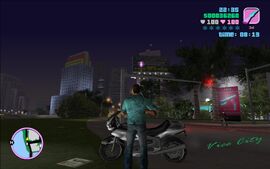 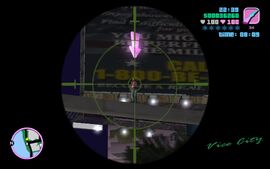 Tommy, about to kill Griffin. 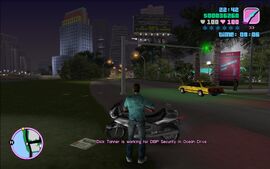 Griffin eliminated; the next name on Tommy's hit list is Dick Tanner, working for DBP Security in Ocean Drive. 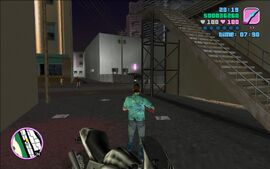 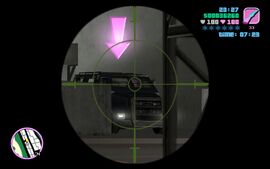 Tommy, about to kill Tanner. 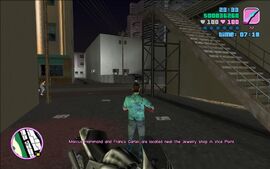 Tanner eliminated; the next names on Tommy's hit list are Marcus Hammond and Franco Carter, currently near a jewelry shop in Vice Point. 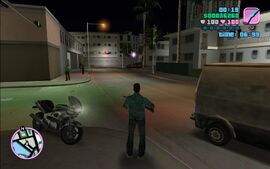 Tommy at Hammond's and Carter's location in Vice Point. 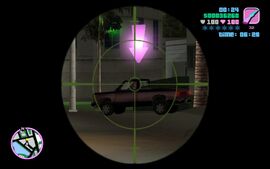 Tommy, about to kill Hammond. 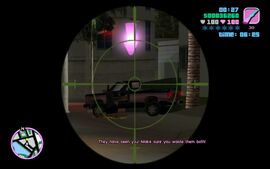 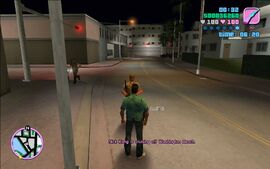 Carter eliminated; the next name on Tommy's hit list is Nick Kong, who is currently on a boat off Washington Beach. 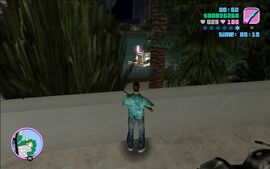 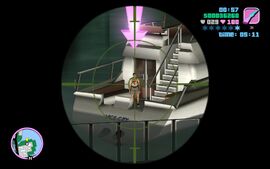 Tommy, about to kill Kong. 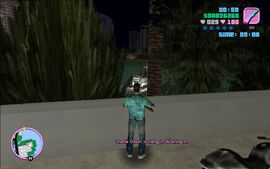 Kong eliminated; the final name on Tommy's hit list is Charlie Dilson, who is currently riding his motorcycle in Washington Beach. 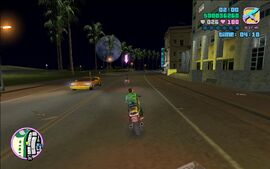 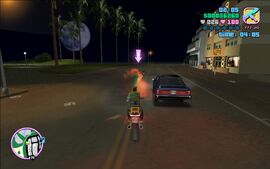 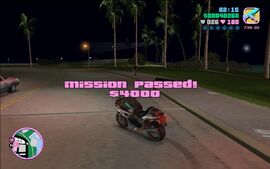 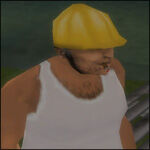 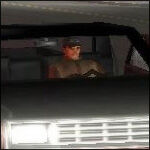 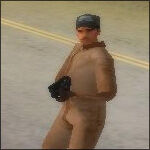 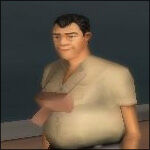 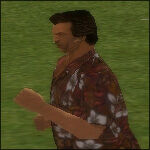