Lianna Pai (GTA III)
“You're an efficient killer. I like that in a man.”
— Asuka Kasen to Claude, in Under Surveillance.

Asuka Kasen was born in Japan and moved to the United States in 1991 to join her older brother Kazuki in managing the Yakuza. [3] She later left and went back to Japan at an unknown point, but returned alongside her younger brother Kenji in 1998 to become co-leader of the Yakuza following the death of Kazuki at the hands of Leone Family mobster Toni Cipriani. After becoming co-leader she moved to Liberty City and bought a condo in the Newport district of Staunton Island. Under her and Kenji's leadership the Yakuza began to lose turf around the city. She later established a chain of sushi restaurants throughout the city.

In 2000 she is joined in Liberty City by her niece, Yuka, who is kidnapped by Mike on orders from Cisco, the leader of the Colombian Cartel. Asuka, unaware of Mike's role in Yuka's kidnapping, contacts him to rescue her, which he does. Mike gains the trust of Asuka after rescuing Yuka and begins working for her, collecting money from a casino owner, injuring a Vice City Mambas football player, killing Biff Rock (although Mike spares his life, convincing Asuka he killed him), identifying and kidnapping a truck driver delivering rotten fish to her sushi restaurants, kidnap a number of Mafia mobsters and killing a pimp. Asuka later sells the Mafia mobsters to people in Asia as slaves.

Asuka had also been looking into the death of Vinnie, Mike's best friend, and gives Mike the location of the explosives expert responsible, although Mike finds the man already dead. He later discovers that Vinnie had faked his own death and after killing him, Mike decides to flee the city. Asuka offers her help but leads Mike into a Mafia ambush, although it is unknown whether this was intentional.

Asuka continues to live in the city and helps her old friend, Maria Latore, escape from the clutches of Leone Family Don Salvatore Leone, along with Maria's 'boyfriend' Claude. Asuka helps them escape by boat to Staunton Island, telling Claude that he needs to prove himself before she will employ him. She tasks Claude to kill his former boss, Salvatore Leone, which he does, making Maria a widow and his son, Joey Leone, without a father. She later orders him kill a number of Leone Family hitmen located opposite her brothers casino, a Liberty Tree reporter and an undercover police officer named Tanner. Asuka, satisfied of Claude's abilities, introduces him to her brother Kenji and corrupt police officer Ray Machowski, who both employ him on Asuka's word.

Claude, always looking for work, begins to work for businessman and media mogul Donald Love, who has him kill Kenji Kasen, disguised as a Colombian Cartel member, to spark a gang war to drive down real estate prices. Asuka, enraged by her brother's death, attacks a Cartel-controlled construction site and captures a wounded Miguel, torturing him for information about Cartel business, also teaching Maria in the art of torture. With the information gained from Miguel, she has Claude kill three Cartel death squads, stop the sale of SPANK by the Uptown Yardies and steal SPANK packages at Francis International Airport, after which he returns to the construction site to find Asuka and Miguel dead. Catalina, the leader of the Colombian Cartel, had also left a ransom note for Maria, who is later rescued by Claude. 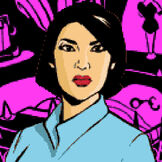 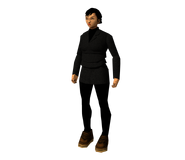