Mike: "King, I'm not here to listen to any of your lies. I know you've sent men to kill me. Now the tables are turned and you're going out in a body bag."
King Courtney: "You think me craven, mon? No matter. I'm going to ease your stress for good!"
―Mike and King Courtney's final showdown

Assault Joint is the penultimate mission in Grand Theft Auto Advance, and the final mission given to protagonist Mike from Asuka Kasen.

Mike is looking for King Courtney, and according to Asuka, he is in a warehouse in Cedar Grove. Mike drives to the warehouse an confronts King Courtney, who launches an assault on Mike. Mike wins the gunfight and has a quick talk with King Courtney, but he launches more assaults on Mike. Although King Courtney launched several assaults on him, Mike remained the winner of every gunfight. After taking down all of his men, King Courtney admits defeat and Mike can now get out of Liberty City with money and never look back. The mission is passed and the next one starts immediately. 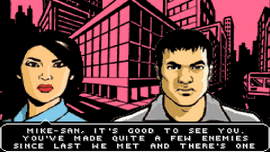 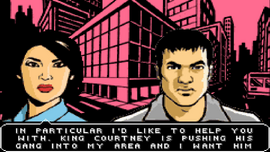 Asuka says that King Courtney is pushing his gang into her territory and that she wants him dead. 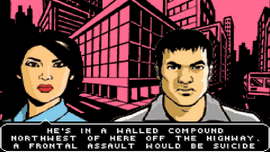 According to Asuka, he is in a walled compound in Cedar Grove. 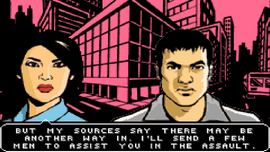 She will send some goons to the compound to help Mike. 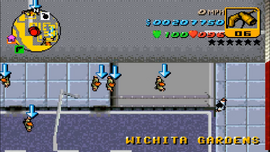 Asuka leaves and Mike sees some Mafia goons in the area. 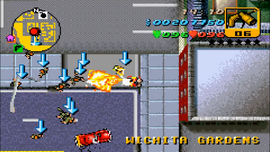 Killing all the Mafia goons. 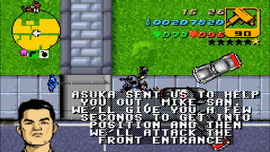 Arriving at the compound and meeting Asuka's goons. 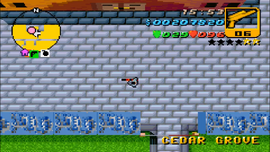 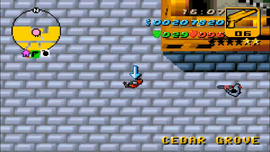 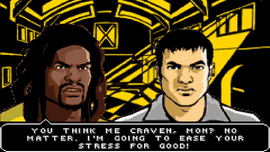 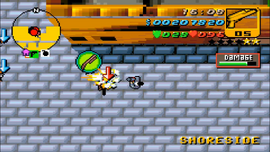 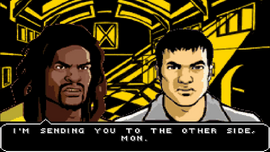 King Courtney sends more to the other side. 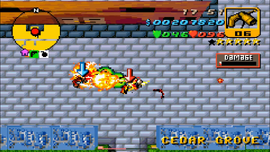 Killing all the goons. 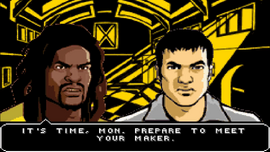 Although King Courtney launched several assaults on him, Mike remained the winner of every gunfight and grabs a rocket launcher. 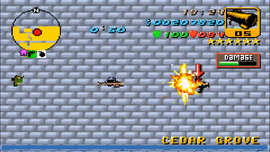 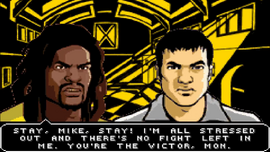 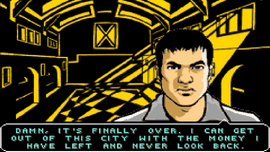 Mike can now get out of Liberty City with money and never look back. 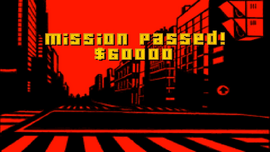 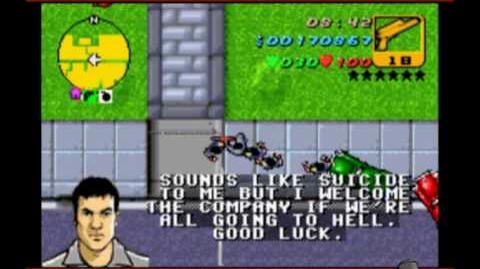 Retrieved from "https://gta.fandom.com/wiki/Assault_Joint?oldid=1318632"
Community content is available under CC-BY-SA unless otherwise noted.