"You're only young once, so why not spend every spare cent you have turning a tiny, shitty car into a monument to your lack of taste and sophistication. It's rude, it's aggressive, it's annoying, and it doesn't give a shit. The only things that matter to you are speakers, spoilers, and speed - and you're proud of that conviction. Go get an Asbo today."
―Southern San Andreas Super Autos description.

The Maxwell Asbo is a two-door compact car featured in Grand Theft Auto Online as part of the The Diamond Casino Heist update.

The Asbo is based on the Vauxhall Corsa C, with the rear portion, particularly the taillights, having some influence from the 2005-2009 Fiat Grande Punto. The body design is also similar to the Citroën Saxo.

The Asbo features a distinctive curved body, featuring black trims found on either side, bottom sides and around the windows, as well as part of the bumpers. It has dual headlights, a small grille with a chrome horizontal separation and rear-view mirrors with their upper halves painted in a primary color.

Its interior is similar to the Schafter and Tailgater and uses a similar dial setup, but the dials themselves are unique. Its seat stitches are painted in secondary, while the dashboard and the rest of the interior are painted with the trim color. The dials can be also painted with the accent color.

A wide variety of bodykits and accessories are available for the Asbo, keeping with the Corsa's association with British youth culture. 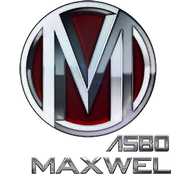 The Asbo's overall performance is below average at best, and has a relatively high wheelspin when flooring it, making it difficult to take off. It also spins out very easily and has a noticeable oversteer when turning a corner too hard, even with its FWD. When turning, the Asbo tends to struggle to maintain grip, owing to its body roll. It doesn't fare very well against collisions due to its fairly weak durability.

If given full suspension upgrades, the Asbo's wheels will have full negative camber altogether. 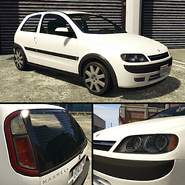 The Asbo on Rockstar Games Social Club.
Add a photo to this gallery

Retrieved from "https://gta.fandom.com/wiki/Asbo?oldid=1200286"
Community content is available under CC-BY-SA unless otherwise noted.