• ­Wait at the Cargobobs for the rest of your team.

• ­Get into Fort Zancudo.

• ­Escape Zancudo and get to the Extraction Point.

• ­Get to the Extraction Point.

• ­Jump off the bridge towards the Extraction Point.

• ­Get to the Extraction Point.

• ­Wait for your team at the Extraction Point.

Reaching Rank 1.
Stealing and storing 32 vehicles in a vehicle warehouse.

"Create an artificial scarcity in the arms market at Fort Zancudo using an all-singing, all-dancing, state of the art, restored and modified classic car."
―Mission description

Arms Embargo is a Special Vehicle Work mission in Grand Theft Auto Online as part of the Import/Export update. It is also known as the "Ruiner 2000 mission".

The Assistant will guide the players to the Los Santos International Airport to take the Ruiner 2000's, which were restored by SecuroServ a while back from the Mexican Mob and explaining that a client wants to take out the military's arms supply, so they will be forced to contract said client. Players will encounter a small area with the modified cars and Jetsam-marked Cargobobs piloted by SecuroServ pilots awaiting for the raid.

Once the team gets in the Ruiner 2000s, a cutscene will play where the Cargobobs are heading to Fort Zancudo with the cars attached to them. At this point, players can detach the vehicle from the Cargobobs' magnet and descend toward the military base to initiate the raid. Once approaching, the military base will be alerted and the arms cache will be attempted to be secured.

In order to progress, the first four Barracks must be destroyed in the base, then another four trucks after the first group. Later, two Cargobobs must be destroyed and then finally, a Titan. After destroying all the vehicles, the team must escape from the base and make their way to the extraction point, located past the Cassidy Creek Bridge, jumping to the beach, where the extraction point is marked. After all of the players reach said destination, the mission is completed.

Jetsam Cargobob with electromagnet. (Rear quarter view)
Add a photo to this gallery 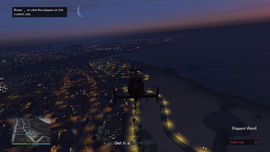 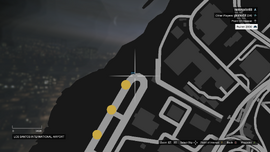 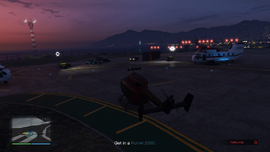 At the airport. Two Cargobob helicopters and containers are found at the site. 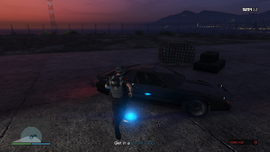 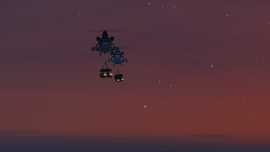 The Ruiner 2000's attached to the helicopter's magnets. 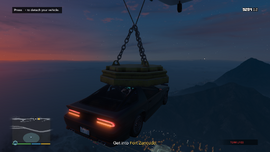 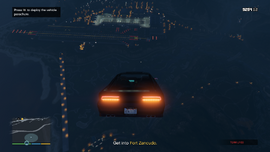 Get into Fort Zancudo. 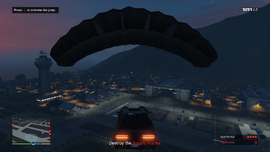 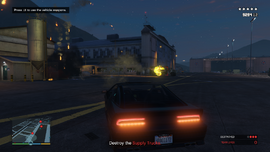 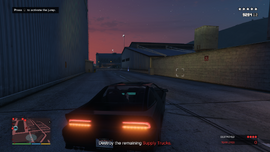 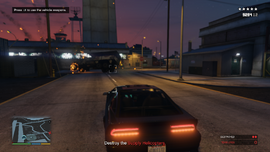 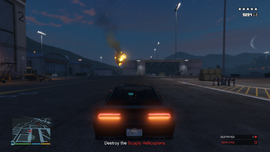 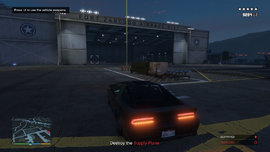 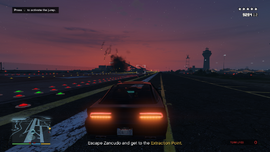 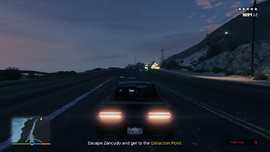 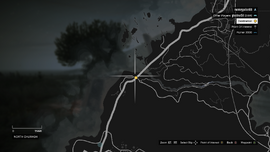 Extraction point on the map. 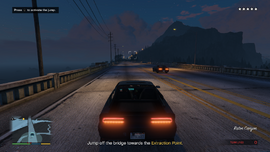 Jump off the Bridge. 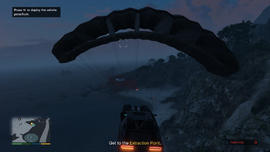 Get to the Extraction Point.
Add a photo to this gallery

Retrieved from "https://gta.fandom.com/wiki/Arms_Embargo?oldid=1061495"
Community content is available under CC-BY-SA unless otherwise noted.