Standard White - 100%
“A classy coupe. Front-mounted dual machine guns. Welcome to Los Santos, where we see no contradiction here at all. Weapon customization available in the Mobile Operations Center or the Avenger.”
— Career Builder description.
“It's a rare car that allows you to be perfectly composed, effortlessly suave and extraordinarily violent all at the same time - and yet, somehow, the Ardent does all that and more. Behind the wheel of this masterpiece there's nothing you can't do: lose your pursuers, pop the dual machine guns, gun down the survivors, drop a pithy remark, open the champagne, have a quickie, drive into the sea, realize you've made a terrible mistake, and swiftly drown.”
— Warstock Cache & Carry Description.

The Ocelot Ardent is a classic two-door coupé featured in Grand Theft Auto Online as part of the Gunrunning update, released on August 22nd, 2017, during the Ardent Week event.

The vehicle resembles the Lotus Esprit, particularly the Sport 300, given the front end proportions, pop-up headlamps and fenders. The front turning signals are thinner in appearance, similar to the Esprit S4, while the angular shapes around the rear quarter windows seem to be reminiscent of earlier generations of the Esprit. Its tail lamps bear some similarities to those of the Ferrari 348.

The Ardent is distinguished by the compact body and aerodynamic profile, where the lower area of the bumper features a set of intakes and rectangular fog lamps, while the upper area features rectangular amber signals, a stretched license plate and a plastic detail spanning the width of the car. The bonnet area houses the pop-up headlamps consisting of twin square lamps, while the front vented boot reveals a spare-wheel compartment, similar to the Monroe or the Tropos Rallye. The Ocelot badge can be seen in the front, between the headlamps.

The sides of the car features sectioned flared arches, while the bottom features slightly extended skirts. On the greenhouse area, the car prominently features black trimmings around the windows and a set of square-shaped mirror wings mounted on the doors. The roof line leads onto the car's B pillars which swiftly make their way to the very back of the car, at which point a small lipped edge is found. On the rear portion, the engine bay is found, with numerous engine bonnet vents. The rear quarter windows are angled towards the centre of the car and thin vents can be seen next to them, along with a roof aerial.

The rear end mainly consists of a black section surrounding the license plate and the rectangular tail lamps, while the section of the engine compartment bears the manufacturer name, embossed in silver lettering above the rear license plate. The bumper is relatively flat and large, with a moulding for the driver-side, twin-exit exhaust.

The Ardent's interior is unique, as it bears similarities to classic cars like the Turismo Classic. The vehicle's dial cluster is similar to that of the beta Schafter dial texture, which featured a unique redline marking on the tachometer, not present on the Schafter's final dial design.

The car is painted with a primary colour for its bodywork and a secondary colour for a stripe found on the lower side, as well as the skirt details. Although not accessible, a trim colour is available for the dashboard, centre of the steering wheel, doors and seats. It uses a unique set of rims, consisting of a flat centre with six small, wide spokes around.

The car is armed with two machine guns merged into the front bumper, just beside the front plate. 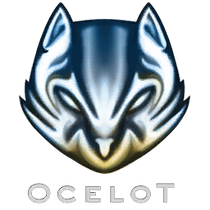 The Ardent has great acceleration, which provides good speed in matter of seconds, although not as great as other sports-oriented vehicles of its class. Handling is good, with little to no sights of understeer or oversteer when turning at moderate speeds, though at high speeds, the understeer is more noticeable. Braking is also good, able to stop the car within a relatively short distance, also allowing to overcorrect turning in case the steering is not enough to sort a curve.

Judging by the detailing, the Ardent is powered by a V8 engine with "Ocelot" badges marked on the cam covers, in a rear-mid engine, rear wheel drive layout. If an "Exposed Engine" modification is installed, the vehicle will have a single-cam V8 with four double-barrel carburetors. Its engine sound appears to be a lower-pitched variation of the Kuruma, edited with a subtle tone derived from the XA-21 at higher revs. Like the Kuruma, the Ardent features a turbo dump-valve sound effect by default.

Machine Gun: The driver has access to two front-facing machine guns, which perform the same as those of vehicles such as the Blazer Aqua and the Ruiner 2000. They have decent firepower against players and vehicles with none or light armour, but will struggle against heavily-armoured vehicles.

The Ardent can be customised in Los Santos Customs and other mod shops, however the liveries can only be purchased in a Mobile Operations Center or Avenger vehicle workshop, and not in an Arena Workshop.

* Denotes items that can only be unlocked for purchase via research in the Bunker property.
E Awarded to players who logged on between December 19 and December 24, during the Festive Surprise 2019 event. 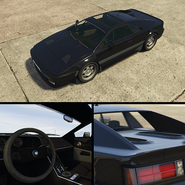 The Ardent on Warstock Cache & Carry.

The Ardent on the updated Rockstar Games Social Club.

The Ardent in the cinematic preview on Rockstar Games Social Club. 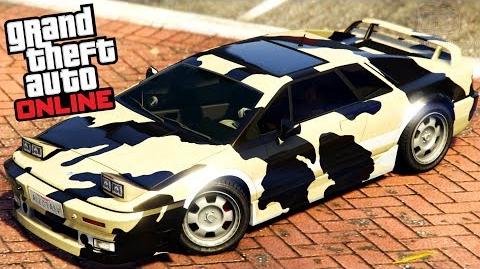