Take a Photo of the Blueprints for Caligula's Palace

• Wasted
• Busted
• Refusing to put the weapons away when a security guard spots the situation.
• Photographing the blueprints before causing the distraction.

Key to Her Heart

In-game time
“Speaking of plans, do you have the layout to Caligula's Casino?”

Architectural Espionage is a mission in Grand Theft Auto: San Andreas given to the protagonist Carl Johnson by Wu Zi Mu as part of plans to pull off a heist of Caligula's Casino from the Four Dragons Casino in Las Venturas.

Carl finds Woozie in a storage room in Woozie's casino. The two discuss the plans to rob Caligula's main vault, where the money is held. The first step in the preparations to rob Caligula's main vault is to photograph blueprints of the building's layout. To do this, Carl heads down to the City Planning Department, which houses the blueprints under heavy security. By creating a diversion, Carl obtains an illegal photograph of the blueprints, and blasts his way out of the building. After evading the pursuing authorities, Carl returns the film to the Four Dragons Casino to be developed.

The reward for completing the mission is increased Respect and the mission Key to Her Heart is unlocked.

Carl Johnson talking to the receptionist of the Las Venturas City Planning Department.

Carl Johnson setting a fire to create a diversion. 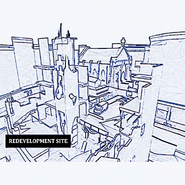 The Redevelopment Site plan in the Definitive Edition 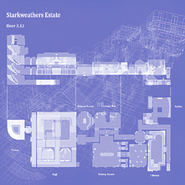 The Starkweathers Estate in the Definitive Edition. 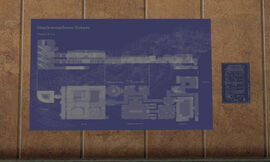 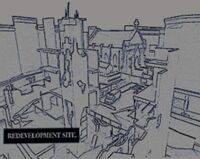