Standard White - 100%
“When hell freezes over, this is the snow plough.”
— Arena War description.

The Bravado Apocalypse Sasquatch is a custom monster truck featured in Grand Theft Auto Online as part of the Arena War update.

The vehicle is heavily based on the 1940 Dodge W-Series line of pickup trucks for the bodywork, while also reflecting the custom W-Series, aka "Bigfoot" in the film Mad Max: Fury Road, seen in the monster truck concept. One of the modifications, namely the "Heavy Armor" option, replaces the whole front section resembling a Volvo LV80/90 series pickup truck, mainly in the design of the grille and hood.

The vehicle is depicted with a classic pickup truck body with a worn appearance, mounted over a monster truck chassis with a seemingly clean appearance. The front area has a split grille on the center and two smaller grilles on the front fenders, along with circular headlights beside the hood area and on the fenders. The sides feature large side steps for access, while chrome circular mirrors can be seen near the A-pillars. The cabin area assumes a similar design to the Rat-Loader, the Rat-Truck, the Duneloader and the Half-track, but the windshield is slightly narrower on the lower center and the back section is partially cut due to the roll bars. The rear section mainly consist of the rear fenders with circular tail lights on the ends, as well as dual exhaust stacks. Most of its vital components, such as the engine, the bug catcher and the fuel tank, can be seen within the rear cage.

Similar to the Liberator and the Marshall, the truck features a tube-frame chassis to maintain the truck's integrity on hard hits, with quad shock towers and sway-bars to maintain the truck's level on bumpy terrain. The truck also appears to have four torsion bars or kicker braces, which run from the center of the metal chassis down to the suspension lever arm.

The interior of the vehicle is similar to the Liberator and the Marshall, being a stripped-down interior with the essential components in it, including the "Dominator" dials on the horizontal windshield frame and driver-side panel. A fire extinguisher can be seen strapped in front of the central levers, and the doors are reinforced with steel tube frames on the inner sides.

The primary color of the vehicle is applied on the bodywork and the stitches on the steering wheel, while the secondary one is applied on the tube-frame chassis, roll bars and driveshaft loops. It uses large industrial rims wrapped in high-profile tires. When switching to custom rims, it is revealed that the wheel color is set to yellow upon conversion.

The vehicle can be equipped with two side-mounted grenade launchers on the hood, appearing to use the receiver of a Browning M2HB machine gun, but altered with larger barrels. 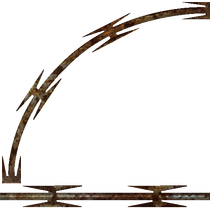 The Sasquatch performs very similar to the Liberator and Marshall, but has a higher top speed and better acceleration, taking only a few seconds to reach 60 miles per hour. Braking is also very good for a vehicle of this size, only taking a few seconds to come to a complete stop. However, the relatively light mass makes it unable to push other vehicles out of the way without slowing down like the Bruiser and the Cerberus, and attempting to run over smaller vehicles at higher speeds will often launch itself up in the air and topple over haphazardly and juggle around, which can make recovery a challenge. Installing a ram weapon may reduce chances of rollovers, but may affect the way it handles bumpy roads and obstacles on the front.

In Arena War modes, the Sasquatch can be an easy target due to its large size, and the slow speed and handling may render it easily outmaneuvered by vehicles like the ZR380 and the Deathbike. However, it can be a serious threat due to its large wheels; any smaller vehicle stuck between the two wheels of a side may be either instantly destroyed or severely damaged, being an ideal choice for modes such as Carnage or Tag Team, but caution should be taken for any drone, RC Bandito or guided missile used by spectators.

Like the Liberator and the Marshall, the Sasquatch uses a high-power V8 engine, coupled to a 3-speed gearbox in a mid-engine, all wheel drive layout. It also shares the same loud engine sound from the aforementioned monster trucks.

Like other Arena vehicles, it can withstand a single explosive without being destroyed. However, the cabin leaves no protection for the occupants and the engine is partially exposed on the rear, rendering them vulnerable to gunfire. This issue can be mitigated with the addition of armor upgrades, as it installs a grilled defense for the windows and large metal plates behind the cabin and over the engine bay. The side windows, however, leave no protection at all.

The Apocalypse Sasquatch can only be modified at the Arena Workshop.

Modified example of the Apocalypse Sasquatch on the Arena War website.

Official screenshot in 2020, featuring the Apocalypse Sasquatch (right), along with the Future Shock (left) and Nightmare variant (middle).

The Sasquatch on the updated Rockstar Games Social Club.

The Sasquatch in the cinematic preview on Rockstar Games Social Club.