Standard White - 100%
“If hell had eight wheels, this is what it would look like. Whether you're looking to survive the end of the world, or get it started, you're only a few mod options away from driving death incarnate.”
— Arena War description.

The MTL Apocalypse Cerberus is a custom truck featured in Grand Theft Auto Online as part of the Arena War update.

The vehicle appears to take inspirations from the War Rig from Mad Max: Fury Road, mainly due to the concept of mixed car parts and the fuel tanker (although the War Rig is a semi truck with a separate tanker trailer). Furthermore, the truck is based on the Peterbilt 281, along with the large amount of rust on the Cerberus may also allude to the iconic rusted tanker featured in the 1971 film, Duel.

The vehicle is depicted as a 14-wheeler truck with a 4-axle design, similar to the Chernobog. The front bumper of the truck appears as a rusty variation of the one from the Phantom, being a heavy-duty bumper with a red/white warning stripe at the bottom, the license plate on the center and a set of bumper guides on the edges. The nose of the truck is elongated and slightly narrower than the one from the Phantom, featuring a tall grille with vertical separations and rectangular housings beside the nose with dual circular headlights and cage protectors on them, while the sides of the nose have large angular fenders for the front wheels and sectioned panels with vented details. The hood itself is not openable, it being part of the truck's bodywork.

The main cabin of the truck is also similar to the one from the Phantom, but it has rusted-out features around, rivet details on the front visor and the sides, and white/faded marker lights, while the sleeper cab is replaced by a half-cut, shrunken section of a Stafford, fitted with various metal sheets on the windows and the section below. There are multiple exhaust stacks coming from below the same half-cut car, with the larger ones being separated from the rest of them. A large roof-crane arm connects the entire cabin area with the tanker on the back.

The rear section of the truck is mostly dedicated to the large tanker, having additional tanks next to the fuel tanks and large angular fenders for the rear wheels. The rear end is mostly stripped-out and exposes the bare chassis, having the license plate on the center and a single narrow frame, holding a set of tail lights with cage protectors over them. A small frame can be also seen on the top rear of the tanker. The interior and dial set of the truck is shared with the regular Phantom.

Compared to other trucks in the game, the Cerberus is much larger, as its wheel size is almost twice the size of the Phantom's and Packer's, and its ride height makes it far taller than the Phantom, even despite its narrowed cab and hood. Players can also stand on top of the vehicle without the risk of falling off.

The truck is mostly painted in a primary color for the cabin, the fenders, the crane structure and the details on the rear tanker, while the small frame on the top rear section is painted with a secondary color. It uses a set of industrial wheels also seen on trucks like the Phantom, the Packer and the Benson. The Cerberus also has a unique truck horn exclusive to this vehicle and its variants, significantly more violent compared to other truck horns, but dynamically quieter. 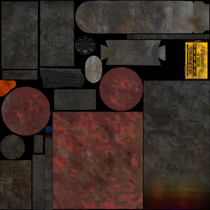 The Apocalypse Cerberus can only be modified at the Arena Workshop.

Modified example of the Apocalypse Cerberus on the Arena War website. 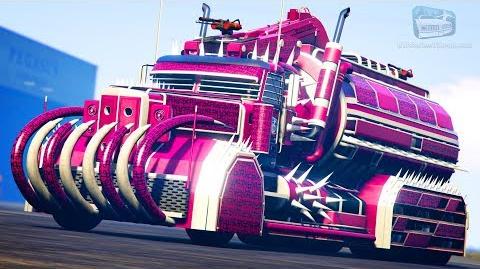