No
“You've been rocking the pirate-chic look for a while, but no vicious weapon to complete the look? Get this dagger with a guarded hilt.”
— Ammu-Nation and Social Club description.

The Antique Cavalry Dagger is most likely based on an old Civil War cavalry dagger with slight Bowie knife features.

The weapon is described as a small dagger with a small handguard on the handle. The name suggests it comes from a different region (possibly of a European origin in a different era, given the vintage appearance). 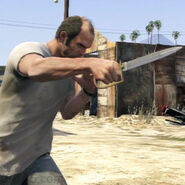 The Antique Calvary Dagger pickup in the Abandoned Mine in GTA Online. 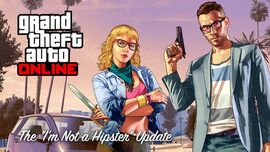 Artwork of the Antique Calvary Dagger wielded by a hipster woman.