Halloween Bonuses 2017
“In honor of four years of GTA Online this month, we've got a special GTA$400,000 gift for all players who log in to GTA Online on PlayStation 4, Xbox One or PC, along with a considerable collection of celebratory 2x GTA$ & RP opportunities and discounts; read on for details. Plus check out what's new this week in-game, including the menacing Vigilante and a new Transform Race to put it to the test, the haunting Condemned Adversary Mode, a complimentary trio of horror movie t-shirts and more...”
— Rockstar Games Newswire

Anniversary Specials 2017 was an event in Grand Theft Auto Online. The event started on October 27, 2017 and ran until November 6, 2017. This event featured discounts on vehicles and properties, special releases, and double GTA$ & RP earnings.

Players who log on during this event will be awarded with GTA$400,000 as a special gift for continued support. The award is deposited into the player's bank account between November 6th and 13, 2017.

In conjunction with Halloween 2017, pre-existing content was re-released, and new content added in the Smuggler's Run update was made available.

Two batches of discounts were made available on consecutive dates: 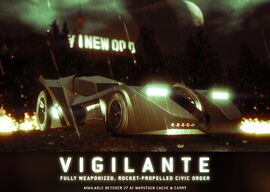 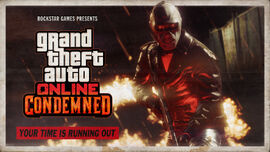