In Grand Theft Auto IV, it is featured on the in-game website www.peepthatshit.com in the "Street Fashion" section. Advertisements and billboards for the company are seen all over Liberty City and Los Santos. The brand is also featured in the Leopolds store in Rockford Hills. Their stores are inaccessible to the player and play no part in the story. 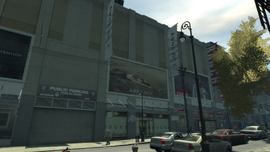 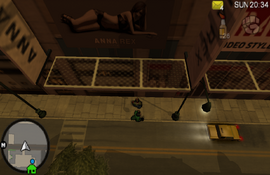 As it appears in GTA Chinatown Wars. 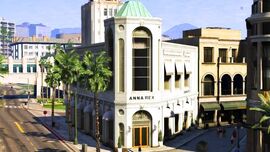 Judging by the company's logo and clothing range, it is most likely a parody of American fashion chain Calvin Klein.

The name of the brand a play on anorexia, a form of eating disorder. One advertisement in GTA V depicts a skinny woman hanging from marionette strings, a reference to the effect fashion and weight have on younger women.

The Little Portola building in Los Santos is based on 280 North Rodeo Drive (the Brequet store).

An advertisement for Anna Rex.

Advertisement for Anna Rex underwear. Note the Lax to the Max pack on the right.

Another advertisement in GTA V.

Retrieved from "https://gta.fandom.com/wiki/Anna_Rex?oldid=1278014"
Community content is available under CC-BY-SA unless otherwise noted.