Andy Moon is a minor character appearing in Grand Theft Auto V as a soapboxer.

He will be seen preaching about how death will strike soon, and the player has the option to talk to him.

He appears in Vespucci along Magellan Avenue, near the Nut Buster restaurant and just south of the Beach Combover Barber shop, although he may appear in other places.

He's a soapboxer usually rambling about energies and voices that speak to him and that somebody will come to kill them off. Michael and Franklin will dismiss him quickly.

When he's encountered by Trevor Philips, Andy will make reference of the Altruist Cult, about people in the hills who can enlighten him or eat him. 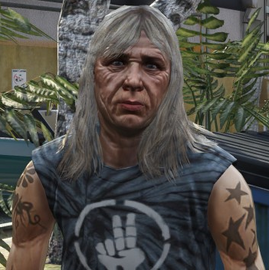 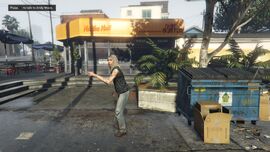