View source
watch 02:56
Raise a Floppa - The Loop
Do you like this video?
Play Sound
For other characters with the same name, see Alex.

Christopher Lucas
“He has a great haircut and says things that make you nod your head.”
— Maurice Chavez

According to KentPaul.com, Shrub was elected to Congress in 1980, becoming the youngest state congressman in Vice City history. At an unknown point in time, Shrub married his wife Laura, though their marriage appears to be unhappy, with Shrub describing his wife as "hideous" on Pressing Issues, and his VCPD profile claims he is a "known philanderer".

Shrub is a pragmatic, corrupt and amoral congressman who willingly tries to cover up and distract people from his failing term as congressman. He cares only about money and has allowed businesses to do as they please, such as the legalisation of Giggle Cream, a hazardous dessert which has killed 23 people, though he claims that "some of them probably deserved it". He also has an open contempt for the poor saying they were "too stupid" to understand what he was saying during his campaign so he gave out candy bars to "appeal to their basest of instincts", hates the very concept of sharing, doesn't believe people should elect their leaders, and believes that people without jobs should starve. He also hates liberals and wants to make it legal to allow them to be beaten with sticks.

According to statements Shrub made on Pressing Issues, legislation he supported "ensured important tax breaks for gun dealers, real estate developers" and "cut the cost of policing, saving the city 2%, or 25 cents per household, over a 6 year period". Maurice Chavez also claims that Shrub was elected on a pledge to reduce taxes to zero, though under his term, taxes have risen by 20% and declining public services as stated by Maurice Chavez on VCPR "Pressing Issues" talk show.

Shrub first appears during "The Party", as one of the guests on Colonel Juan Cortez's yacht.

Later in the game, Shrub seeks to ban the legal distribution of pornography in Vice City in order to gain favor with the puritan voters of the city. Tommy Vercetti, having just purchased a pornographic film studio, sketches up a plan to stop this. He sends Shrub's favorite prostitute, Candy Suxxx, to his condo and then proceeds to take pictures of him engaging in cross-dressing.

Extreme Right Wing congressman. Known philanderer. Will do anything for votes. 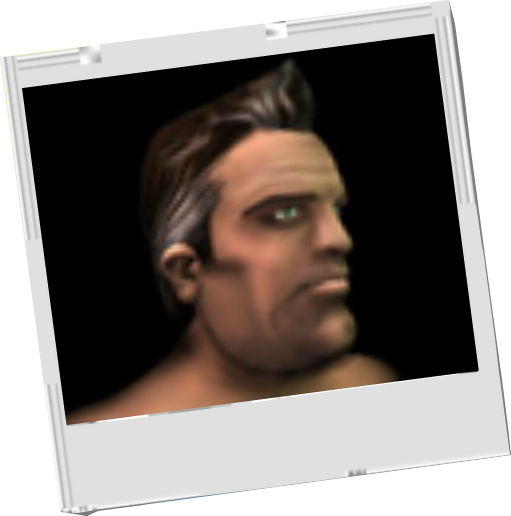 “That's what's wrong with this city. Liberals just wanna open the floodgates, let anyone in and make you the ordinary hard working men and women pay for their pleasure. Well, you have my permission to beat them with sticks. We wont prosecute, you'll be doing us all a favor. Freeload, wig out, no work, make love in the field listen to rock and roll or whatever you call it. For every good conservative they end having some wacko commie kid just back from a vacation in the Orient who wants to shaarree. Go take that sharing businesses to Cuba, or Canada or somewhere.”
— Congressman Alex Shrub 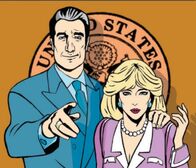 Artwork of Alex Shrub and his wife Laura.