The company is an automaker which appears to be based on Cadillac. Albany, along with Bravado, Declasse, and Vapid, is one of the largest manufacturers in the HD Universe.

Albany has two logos that are widely used: a silver "A" with a crown within, and a crowned rectangular emblem. The first logo is mainly used on older models (with the exception of the Cavalcade, Cavalcade FXT, and Alpha) and the second is typically used on much more modern models, but their oldest car shown so far, the Roosevelt, uses the modern logo (possibly a developer oversight).

Alternative inverted logo badge with no border embossing.
Add a photo to this gallery
Logos and graphics

Name as seen on a Vehicle Warehouse poster.

Alternative logo as seen on a Vehicle Warehouse poster. This logo also appears on the Albany Dealership in South Los Santos. 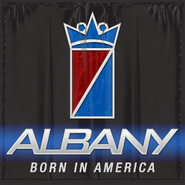 The graphic on the Albany Nostalgia Tee in Grand Theft Auto Online, featuring a Hermes. 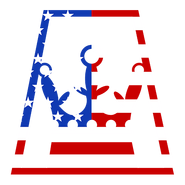 The graphic on the Albany USA Tee in Grand Theft Auto Online. 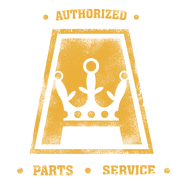 The graphic on the Albany Dealership Tee in Grand Theft Auto Online.

The Albany text logo on the advertisement for the V-STR.
Add a photo to this gallery

Retrieved from "https://gta.fandom.com/wiki/Albany?oldid=1254405"
Community content is available under CC-BY-SA unless otherwise noted.