If the GTA Online Protagonist clears five The Lost Gang Attacks in succession, Al will send a text to them stating that "We're going to take you down asshole". Afterwards, a bounty will be issued on the player's head.

Al is one of three gang bosses (along with Edgar Carlos of Vagos and The Boss of The Families) who will message the player if they collect a Drug Vehicle in the Los Santos Summer Special. 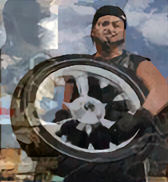 Appearance on the back of the Daemon owner's manual. 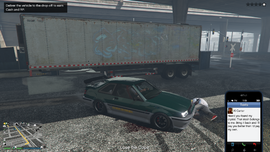 Message to a player after collecting a Futo Drug Vehicle.