The Airtug is a low-power tug with a small, open-cab design, possibly based on a Clark CT30, given the overall design.

The Airtug appears to be a replacement for the Baggage Handler (featured in the 3D Universe), as well as the similarly designed Tug from Grand Theft Auto: San Andreas. The Airtug, being property of the Francis International Airport, features FlyUS livery.

The Airtug reappears in Grand Theft Auto V and Grand Theft Auto Online in Los Santos International Airport with the exact same design as GTA IV. Despite there being several other airliners in the game, the Airtug only appears with a FlyUS livery. This time, the emergency lights behind the seats can be activated by the player. 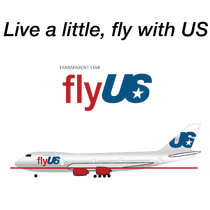 Like the Baggage Handler, the Airtug's performance is ranked as one of the poorest in the game. Its weaker engine means that its speed is considerably slow, but makes up for with good acceleration and moderately good cornering due to its low speed, light weight and short wheelbase. The Airtug's compact size may also be used to the advantage of the player as it can squeeze through tight spaces, such as gaps between rocks and staircases. The Airtug may also seat up to two occupants.

The Airtug's open design, however, makes any of its occupants highly vulnerable to gunfire, and is generally unstable for multiplayer gameplay as a result, especially during Deathmatches or Free Mode (unless for fun only). Unlike the Baggage Handler in Grand Theft Auto: San Andreas, it can no longer be used to tow the luggage carts or towbars in the airport. The Airtug has an incredibly quiet engine, possibly being an electric vehicle (much like the Forklift, another small industrial vehicle), despite being modeled in-game after a V8 engine, similar to the Washington and the Esperanto's ones. The engine is coupled to a 5-speed gearbox in a front engine, rear wheel drive configuration. The vehicle only ever reaches the 4th gear naturally however, due to its low top speed, meaning the 5th gear can only be heard with the use of mods.

The Airtug's performance is severely changed. Its top speed was greatly reduced to that of a Lawn Mower, the drivetrain is changed into a front-wheel drive and now has a single gear. Like the Lawn Mower, the Airtug is slow and very weak against gunfire and crash deformation is very poor, as it will even explode when crushed by a large vehicle. Its slow speed, open cab and weak armor makes it a poor choice as a getaway car.

Again, the Airtug is powered by a V8 engine, but still emmits an incredibly quiet sound. In fact, it is proven to be an electric vehicle, as the fuel tank volume in the handling files is 0, similar to the Voltic and the Surge.

The Airtug on the updated Rockstar Games Social Club.

The Airtug in the cinematic preview on Rockstar Games Social Club.