Niko rigging the Cognoscenti with a bomb.

car to rig it with the bomb.

In-game time
“Fun? Too much fun - that's always been this family's problem. Fun. Good causes, a good laugh, some stupid dream or some stupid distraction. But never any fucking focus! Never!”
— Gerald McReary

When Niko meets up with Gerry, evidently, Don Pegorino wants to cause some tension between the Ancelottis and their Albanian muscle. The first step calls for Niko to assassinate some high-ranking members. He wants him to kill high-ranking capo Ancelotti member Anthony Spoleto, also known as Tony Black.

First, the player must go to an alley way on Inchon Avenue near the McReary house and collect the bomb. The Ancelottis will be meeting with the Albanians in Little Italy. Tony Black's Cognoscenti is parked off an alleyway in Feldspar Street, next to Drusilla's. The player must get there, plant the bomb on the back of the car, and use a vehicle to follow Tony Black. Tony Black and another member will exit the restaurant and drive off. The player must then follow them back to North Holland without shooting them or getting too close. After they arrive, they go to an old factory. The player must get to a safe distance and detonate the bomb. The car explodes under the gas canisters and Tony is killed in the explosion. Some gang members will survive the explosion. When the player finishes them off, they get a two-star wanted level. After a successful evasion, Niko calls Gerry and the mission ends.

"N.O.O.S.E representatives are blaming terrorists for a massive explosion at a fueling depot in Northwood earlier, however not everyone is convinced. Having been criticized for their failure to tackle the rise in organized crime, some say this may be an attempt to divert attention. Those killed in the blast were known associates of the Ancelotti Crime Family and the warehouse itself was owned by Anthony "Tony Black" Spoleto, a senior Ancelotti capo also killed in the attack."

"While the target's mob links may just be a coincidence, sources close to the Liberty Tree suggest it is much more likely that Tony Black was hit because he acted as a conduit between the Ancelottis and the Albanian street gang they use as muscle. Either the street gang wanted to be taken more seriously and eliminated their employer, or another mafia family decided to take out the competition. Terrorists are known for sticking around long enough to give their victims two in the back of the head, are they? Whether hitmen or terrorists blew up the warehouse, residents of Liberty City can be sure of one thing - this city is not safe."

" A fiery explosion in Northwood; Police are concerned that terrorism is the cause of a huge explosion at a fuel depot in Northwood earlier. All of the casualitites were known associates of the Ancelotti Crime Family, icluding senior capo Anthony "Tony Black" Spoledo. However, police are convinced this is not another example of organized crime running out of control and have requested additional anti-terror funds from congress."

"Despite our repeated warnings, terrorists have attacked Liberty City again. This time the target was a fueling depot in Northwood. Some liberal news outlets are trying to spin this into a story about the Mafia. They're saying that the explosion was related to organized crime rather than terror. These leftist loons are crazy. They'll say and do anything before they admit that terrorism is the number one problem facing the nation and much more important than any of their pet projects, the environment, health care and ludicrous foreign welfare projects."

"Witnesses saw a "foreign looking man" walking away from the warehouse. What more evidence does the President need before the borders are shut to America-hating immigrants?"

"Even more alarming, the LCPD forensic team has found a triggering device at the scene which may have been activated by a cell phone. It is more than likely that this was just the first of many planned bombings. If you see a foreigner using a cell phone, he is probably a terrorist. Act first, ask questions later. You have the safety of your fellow Americans to consider as well as your own." 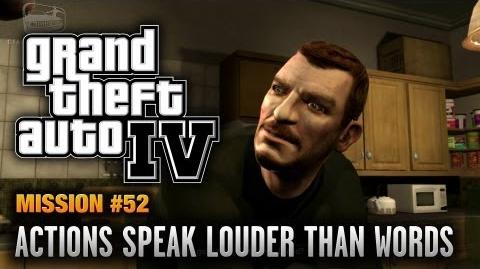