A Shadow Of Doubt

• ­Keep him in sight by looking out for his dstinctive umbrella.

• ­If he stops to look around find a good place to hide.

• ­Plant a bug on that Koreans' car quickly.

• ­Hurry up or you will lose the signal. (Appears if the player falls too far behind while following the bug's signal)

• ­The Korean has reached his destination: This must be the Midtown Gangsters' main safehouse.

"Took your time to get here. Luckily for you, you made it just in time to meet the inbound train. One of those rebellious pricks is coming in on that train. Follow him."
— Hsin Jaoming to Huang Lee

A Shadow of Doubt is a mission given to Huang Lee by Hsin Jaoming in Grand Theft Auto: Chinatown Wars.

Hsin wants Huang to follow a Midtown Gangsters member to discover the location of their new safehouse.

Follow the man with the pink umbrella. Whenever he turns around, hide behind something, whether it be a wall or a Yankee. Eventually he'll reach a friend. While they're talking, plant a tracking device on their car through a minigame. When they leave, get in a nearby car and follow the blip on the map, which updates intermittently, don't take too long to drive between the blips or else the mission will fail. When the player reaches their hideout, the mission ends.

"After a change of leadership, the Midtown Gangsters moved their main base of operations.

Hsin needed to know whether they remained loyal to him, so he had me follow one of their Korean gangbangers to find this 'secret' hideout." 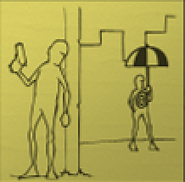 A Shadow of Doubt
Add a photo to this gallery 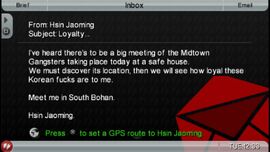 Hsin sends an e-mail to Huang telling him to meet him in South Bohan. 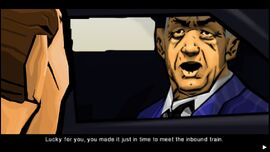 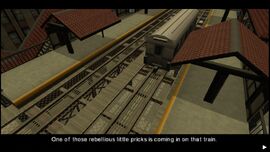 One of the Midtown Gangsters is coming by train. 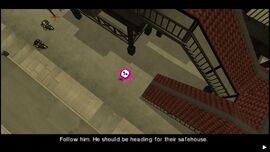 Hsin wants Huang to follow a Midtown Gangsters member to discover the location of their safehouse. 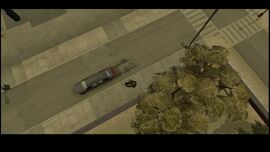 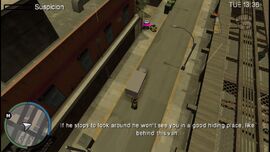 Following the man with the pink umbrella. Whenever he turns around, the player needs to hide behind something. 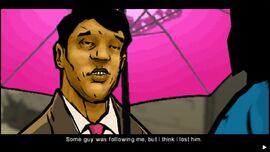 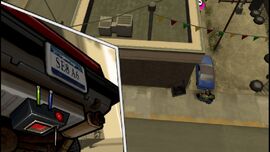 While they're talking, plant a tracking device on their car. 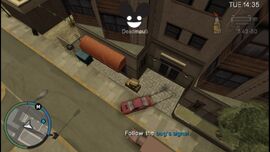 When they leave, get in a nearby car and follow the blip on the map, which updates intermittently. 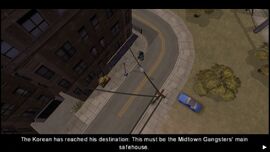 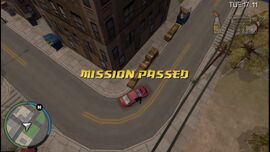 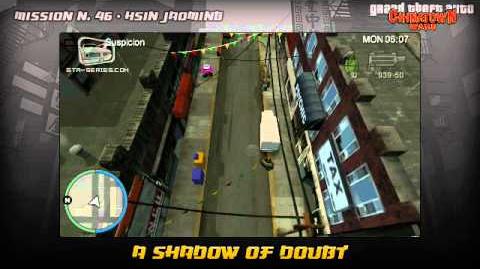 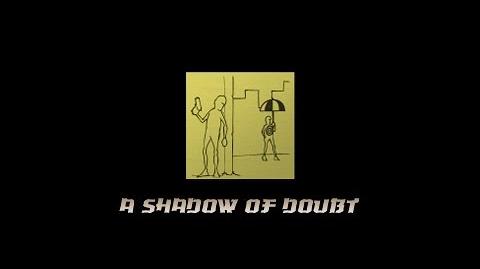 Retrieved from "https://gta.fandom.com/wiki/A_Shadow_Of_Doubt?oldid=1320273"
Community content is available under CC-BY-SA unless otherwise noted.