A Long Way to Fall

A Long Way To Fall

Teddy plummeting to his death

Taking in the Trash
Babysitting

In-game time
“So anyways, I got this friend, only the friend ain't my friend no more 'cause he ain't getting me the vig he owes.”

A Long Way to Fall is a mission in Grand Theft Auto IV. It is the first mission given directly to the player by Ray Boccino.

Niko goes to Drusilla's and meets Ray. Ray asks Niko if he's reliable and whether he can be trusted. He then asks him about why's he doing all the jobs for people. Niko explains that he needs money, he's good at it and that he is looking for someone. Ray says that he will help and gives Niko a task to kill someone not re-paying debt Ray. He tells Niko that he can be found on Galveston near U and that his name is Teddy Benavidez. Niko says he'll do it if he's paid, to which Ray responds he'll pay double.

Niko walks out from the restaurant and receives a text message from Ray showing a picture of Alonzo, one of Ray's henchman.

Once at the projects, Niko is tasked to look for Alonzo. When he finds him, Niko intimidates him for Teddy's location, Niko can then kill or incapacitate Alonzo to avoid attention. Niko then goes to the 20th floor, where two goons attack him. Niko has to shoot through to Teddy's apartment. Once in the apartment, Teddy pushes a door into Niko and attempts an escape. Once he's on the roof, he has trapped himself by the edge. Any contact, whether it's a gunshot, punch, thrown object or melee attack will cause Teddy to fall to his death. Once Teddy is dead, Niko reappears outside the projects and calls Ray to inform him that Teddy is dead. Ray denies all knowledge and the mission is passed. 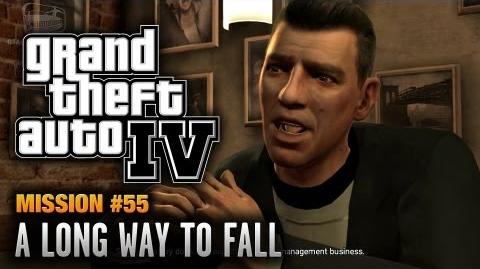