A Home In The Hills

• ­Try to land on the mansion roof with the Triads.

• ­Help keep the roof clear until the Triads arrive.

• ­The Triads have nearly arrived, don't let any of them die once they land.

• ­Take the Triads inside the mansion.

• ­Search the masion for Big Poppa and kill anyone who gets in your way.

• ­Big Poppa is downstairs, take him out.

• ­Big Poppa is making a run for it, chase after him!

• ­Chase down Big Poppa and run him off the road!

• ­You have taken back Madd Dogg's mansion.

CJ: "Man...You gave your multi million-dollar mansion to a motherfucking pusher?"
Madd Dogg: "You know, CJ. These things happen! I was powerless!"
CJ: "You fucking degenerate! Ah, man! How much blow can one guy snort?!"
—Carl Johnson and Madd Dogg argue after CJ finds out what happened to Dogg's mansion

A Home in the Hills is the last mission in the Las Venturas mission strand of Grand Theft Auto: San Andreas and brings the player back to Los Santos. It is given to CJ by the rapper, Madd Dogg at The Four Dragons Casino.

Kendl, Carl and Woozie are in Woozie's office in the Four Dragons Casino, judging auditions for casino talent. After a while, Madd Dogg appears and tells everyone that he wants to returns to his mansion in Los Santos. However, it has been seized by the Los Santos Vagos, namely their leader Big Poppa, in exchange for drugs. Carl furiously questions Madd Dogg's decision then tells Woozie and Kendl to come with him as they return to Los Santos to reclaim Madd Dogg's crib, which CJ wishes to use as a new base of operations in Los Santos since Grove Street is no longer safe. The scene changes to him and a couple of Triad gang members seen in an Andromada plane, preparing to battle the Vagos as Carl receives a phone call from Kendl.

Kendl says she, Madd Dogg and Cesar have gone to San Fierro to see if everything is in place before returning to Los Santos. When the plane reaches its destination, the Triads and Carl all jump out, parachute to the helipad on the roof of Madd Dogg's mansion and kill all of the Vagos on the rooftop before the rest of the team arrives, including Guppy.

Once all the Vagos outside are dead, the team shoot their way inside the mansion and finally find Big Poppa. Guppy and another Triad secure the balcony and Carl's rear from more Vagos while Carl chases Big Poppa down through the mansion until they reach the exit, where Big Poppa enters his Phoenix and escapes with Carl following him in a pink Windsor. After a chase around the city, Carl kills Big Poppa and officially takes back the mansion for Madd Dogg.

The reward for completing this mission is increased respect and the mission Vertical Bird unlocking. The player can also use Madd Dogg's Crib as a safehouse, but beware of the basketball glitch that can occur.

Note: Madd Dogg's house does not offer a storage garage, so utilize the Mulholland Safehouse for storing vehicles (such as the newly acquired pink Windsor). 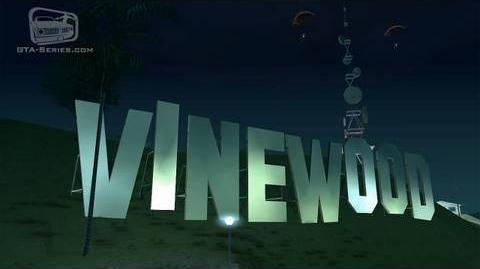 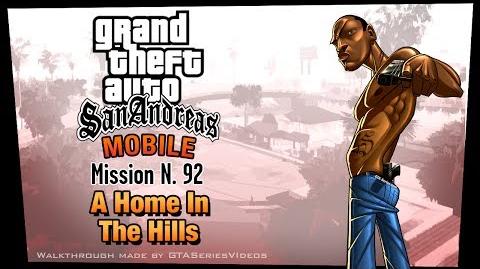 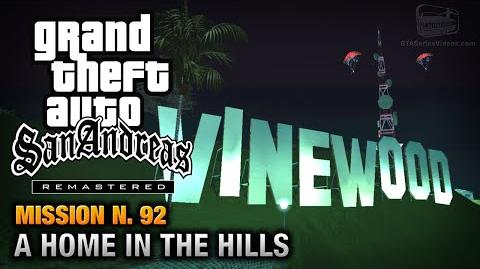 Retrieved from "https://gta.fandom.com/wiki/A_Home_in_the_Hills?oldid=1238389"
Community content is available under CC-BY-SA unless otherwise noted.