A Drop in The Ocean

In-game time
“In these days of moral hypocrisy certain valuable commodities can be hard to import. On its approach to the airport tonight, a light aircraft will pass over the bay. It will drop several packages into the water. Make sure you pick them up before anyone else does.”
— Donald Love

A Drop in the Ocean is a mission in Grand Theft Auto III given to protagonist Claude by media tycoon and businessman Donald Love from the Love Media building in the Bedford Point district of Staunton Island, Liberty City.

Claude goes to Donald Love's place looking for more work. A DeadDodo plane is dropping a few packages on the sea and Love wants him to pick them up before anyone else does. After being informed about the plane, Claude gets a car and drives to a boat. He follows the plane, and later on, the plane starts to drop packages. Claude collects all six, and then makes his way back to Love Media Building, all while avoiding the gained attention from the police, to give the packages to Donald.

The reward for this mission is $10,000. Shoreside Vale is also unlocked, finally making all areas in the game available to the player. The missions Grand Theft Aero, Marked Man and Uzi Money are unlocked. 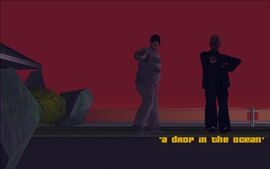 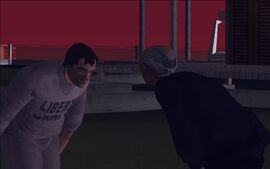 After Love sees Claude, he signals the ending of their practice. 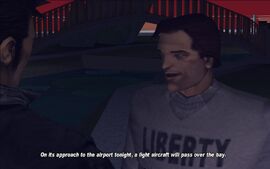 Love informs Claude of a plane, which will be on its' way to the airport. Love tells Claude that the plane will fly over the bay and will drop several packages into the ocean on its' flight. 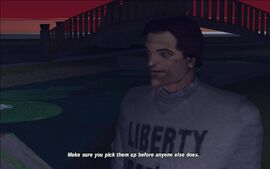 Love orders Claude to collect all packages dropped before any other person does. 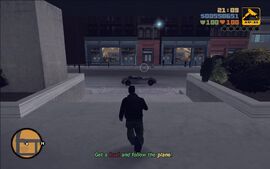 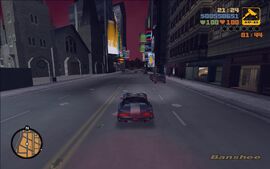 As instructed, Claude is on his way to steal a boat. 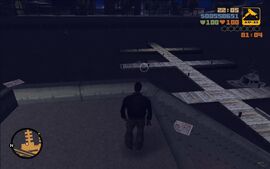 Claude arriving at the docks in Newport to steal a boat. 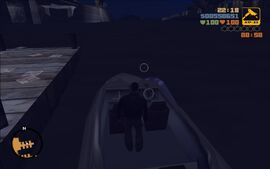 Claude, about to steal a Speeder. 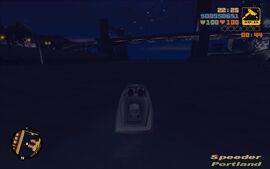 Claude on his way to the plane's location. 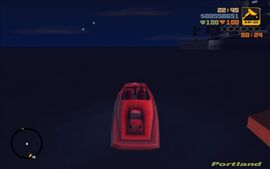 Claude waiting for the plane to get in range of the drop spot. 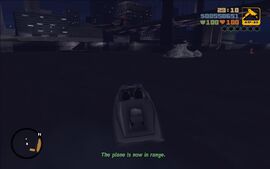 The plane is in range. 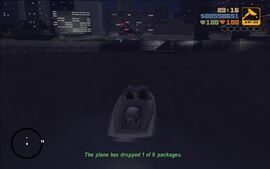 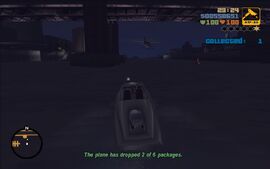 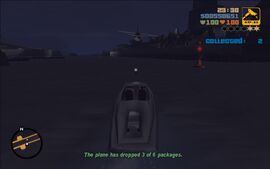 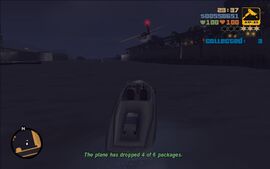 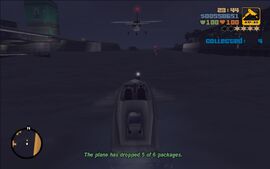 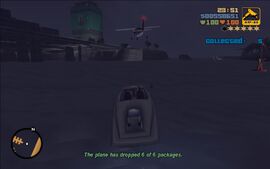 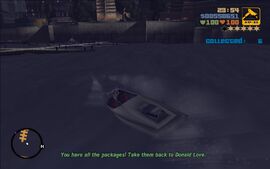 After collecting all packages, Claude is instructed to take them back to the Love Media Building. 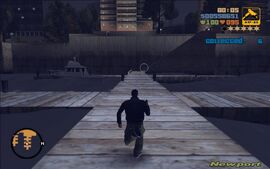 After gaining high police attention, Claude runs back to his vehicle. 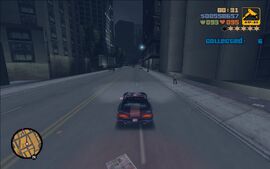 Claude on his way to the Love Media Building. 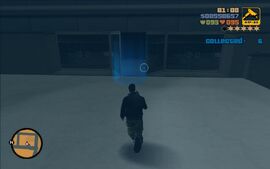 Claude running inside to hand over the collected packages. 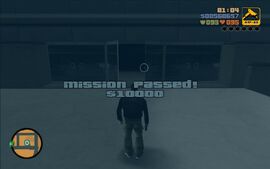 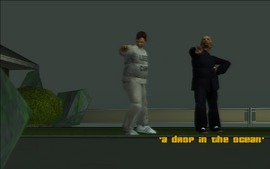